Real Property and “Grandfather Rights” aka Nonconforming Use

We often hear the expression, “grandfather rights,” when someone’s property is not affected by a land use change while nearly everyone else’s is. In legal parlance, land use attorneys know the term is “Nonconforming Use,” defined as a use “existing lawfully before the rezone of the surrounding area and continues or is ‘grandfathered’ after the rezone, provided the use is not thereafter interrupted for longer than a prescribedperiod, generally a year.” Land Use and Environmental Law, Ch. 24, Part Two, Washington Lawyer’s Practice Manual. Nonconforming use is not limited solely to zoning issues, but to changes in a large spectrum of administrative regulations.

“The right to continue a nonconforming use despite a zoning ordinance which prohibits such a use in the area is sometimes referred to as a ‘protected’ or ‘vested’ right. This right, however, only refers to the right not to have the use immediately terminated in the face of a zoning ordinance that prohibits the use.” Rhod-A-Zalea & 35th, Inc. v. Snohomish County, 136 Wn.2d 1, 6, 959 P.2d 1024 (1998).

Establishing nonconforming use requires: (1) the use existed on the date specified in the zoning or administrative code, (2) it was lawful, and (3) after the change took effect, it was not abandoned or discontinued for one year or more. State ex rel. Lige & Wm. B. Dickson Co. v. Pierce County, 65 Wn. App. 614, 623-24, 829 P.2d 217 (1992). Nonconforming uses are also disfavored in the law, and slowly but surely the courts in Washington State are restraining their existence. The prevailing public policy is to severely limit if not abolish them.

There are conditions where nonconforming us is in effect a vested right and is therefore permanent. But there are limits. Immediate abolishment of a nonconfirming use regardless of due process is allowed where the use issubstantially detrimental to the public health, safety, morals or welfare. State v. Thomasson, 61 Wn.2d 425, 428, 378 P.2d 441 (1963). A local government may legislate an “amortization period,” where a nonconfirming use is phased out because sufficient time is given the property owner to endure the change. University Place v. McGuire, 102 Wn. App. 658, 9 P.3d 918 (2000). A city or county may require a permit for nonconfirming use, but impose so many conditions that the use is effectively eliminated.

From the beginning of nonconforming use, laws existed limiting the character of the use from any expansion. In Greer v. Washougal Motocross LLC, 137 Wn. App. 1046 (2007), while the nonconfirming use is allowed, a property owner cannot significantly change, alter, extend, or enlarge it. So, for example, a retail store in an area downzoned to residential cannot expand its building or business from what was in place with the change took place.

There are time considerations. Almost all jurisdictions have a time limit in which a nonconforming use lapses. Itis generally a year, Miller v. City of Bainbridge Island, 111 Wn. App. 152, 43 P.3d 1250 (2002), but for some local governments it is less. The lapse can come from a predecessor. A former owner discontinued the use of his land as church for over a year. He then sold the property to group planning to use the location as a church. However, because of the significant lapse in time with the first owner, the nonconforming use expired, and the court prohibited the new owner’s plans to use the property as a church once again. Open Door Baptist Church v. Clark County, 140 Wn.2d 143, 150-51, 995 P.2d 33 (2000).

What does this mean for a property owner believing he or she has a nonconforming use after a land use or administrative change? First, never assume the property loses its nonconforming use no matter what you are told. Because it is against their interests, the forces promoting the change will not in any way accept your use as nonconforming. Second, as early as possible seek out professionals to gather the evidence confirming the existence of a nonconforming use. Third, take no chances on the time limit; examine the local jurisdiction’s code on when the time period is up, and take steps many, many months before the deadline. If selling the property or installing a tenant preserves the nonconforming use, do so early on. 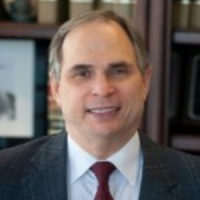