Additionally, for both legal and physical custody there are two subtypes: primary and joint custody. Joint custody means that parents share an equal role in decision making while primary means that one parent retains full responsibility. It is possible for parents to different levels of custody depending on the main type. One parent can have joint legal custody while also having primary physical custody.

2. What does it mean when the court asks what is in the “best interest” of the child?

The court considers the following criteria when deciding these requests:
• The wishes of the children, if they are of sufficient age
• Which parent is more likely to maintain a relationship with the other
• The level of conflict between the parents
• The ability of the parents to cooperate to meet the needs of the children
• The mental and physical health of both parents
• The ability of the child to maintain a relationship with any siblings or step-siblings
• Any history of physical or mental abuse in both parents
• Whether either parent has ever engaged in an act of domestic violence

3. When will the courts consider modifying custody orders?

In the Nevada court system, child custody orders can only be modified for two reasons: 1.) if there has been a significant change in circumstances affecting the child, and 2.) if the modification will be in the child’s best interest.

4. What happens if I want to move?

Most states do not allow you to move out of state without the court’s permission. Nevada courts define child relocation as “at such a distance that would substantially impair the ability of the other parent to maintain a meaningful relationship with the child.” Historically, courts would be involved if one parent moved out of the state, however, the definition now extends to relocation several hours away.

Three factors have been established when considering parental relocation.
1. Whether or not the move will improve the child’s quality of life
2. Whether the motives of the moving parent are honorable and not intended to hurt the other parent
3. Whether the non-moving parent will be able to maintain a relationship with the child. 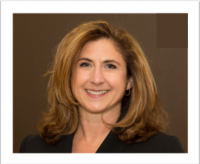