Can I Make Large Purchases Before Filing for Bankruptcy? 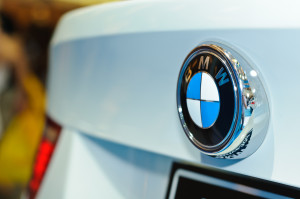 One of the main advantages of filing for bankruptcy is the discharge of most, if not all, of your unsecured debts.2 When a debt is unsecured, it means that the creditor does not have a lien or other security interest in a piece of collateral. For example, a car loan is generally a secured debt in that the creditor has a lien on the vehicle the loan was used to purchase. While secured debts can be also be discharged through bankruptcy, it usually also involves the creditor repossessing the property that was used as collateral. As a result, a person who is considering bankruptcy may be tempted to make large or unnecessary purchases on a credit card hoping that the debt incurred for the purchase will be discharged. In most cases, this is ill-advised, as the court has discretion in determining whether or not a debt will be discharged.
Certain purchases or actions can create a presumption of fraud
While the bankruptcy code exists in large part to help consumers who have fallen on hard financial times, it also has the potential to be abused. In an effort to stop certain perceived bankruptcy abuses, Congress passed the Bankruptcy Abuse Prevention and Consumer Protection Act of 2005.1 This law tightened the regulations regarding what types of debts are dischargeable in bankruptcy and also made it more difficult for certain people to file for bankruptcy. In addition, it contains a provision that creates a “presumption of fraud” for any luxury items purchased in excess of $650 in the aggregate to one particular creditor. What this means is that the creditor no longer has the burden to show that the debts were obtained fraudulently, but rather the debtor has the burden to show that they were not. Because fraudulent debts cannot be discharged in bankruptcy, a debtor who makes such purchases may well be stuck with the bill even after his or her bankruptcy is completed. While luxury items are not defined by the code, they can include anything that is not “reasonably necessary” for the maintenance or support of the debtor or his or her dependents. Luxury items may include:
Whether a particular purchases or purchases will be considered “luxury items” depends on a number of circumstances. As a result, it is best for anyone who is considering bankruptcy to discuss their options with an experienced bankruptcy lawyer.
Contact a Long Island bankruptcy attorney today to schedule a free consultation
To discuss your situation with an experienced bankruptcy lawyer, call Ronald D. Weiss today at (631) 296-0322.