Student Loans Are Not Just a Problem for Young Adults 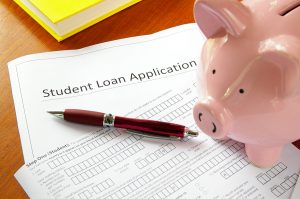 When most people think of the ever-growing student loan crisis in the United States, they are generally concerned about young individuals who are recently out of school and are struggling to find quality work in their chosen field—or at all. Focus is on young adults who have to put off purchasing houses, starting a family, and other milestones that traditionally have happened in a person’s twenties or thirties because of their crippling student loan payments. If a borrower cannot pay their student loans, there are few options except for default, especially for private borrowers. Default on debts can tank a credit score, making it even more difficult to take control of their finances. With very few people qualifying for discharge of their loans in bankruptcy, many young Americans face significant financial challenges from the start.

Student loans do not discriminate based on age

However, a recent study published by the Government Accountability Office showed that student loans are not just a problem for young people in our country. Research indicated that four percent of American adults over the age of 65 years had active federal student loan debt that totaled to an estimated $18.2 billion in 2014, which was significantly higher than the $2.8 billion in outstanding loans held by older adults ten years ago. In large part, the increased student loan approvals for older adults are due to assistance provided for college-aged students. In recent years, parents and grandparents have regularly cosigned on student loans due to stricter credit requirements.

While many of these adults have student loans that they took out to help their children pay for school, a substantial amount of the loans were for their own educational benefits. When the recession began, many people found themselves without a job and with grim prospects of finding a new one in their field. After decades in one profession, many adults returned to school to obtain higher degrees and additional training so that they were more marketable job candidates.

One difference between younger and older student loan borrowers is that younger borrowers tend to have less of other kinds of debts. Older adults are more likely to have mortgages, car loans, credit cards, and other types of installment loans that require monthly payments. They should also be trying to put a significant amount of money away each month as they quickly approach retirement. For this reason, there is often less money to cover student loan payments despite often having higher income.

Though student loans are very rarely dischargeable in Chapter 7 or Chapter 13 bankruptcy, filing for bankruptcy can assist older adults in discharging other types of debts so that they can free up money to make their student loan payments. Unfortunately, unless legislators pass new bankruptcy laws allowing the discharge of student loans, many older borrowers may have to deal with student loans for the majority of the rest of their lives.

If you have questions regarding bankruptcy or other debt management, please do not hesitate to call the Law Office of Ronald D. Weiss, P.C. in Long Island, NY at 631-479-2455 for help today.