In The Art of War, Sun Tzu states, inter alia, that "The whole secret lies in confusing the enemy, so that he cannot fathom our real intent." Sometimes, but not often, this strategy, if used by a franchisee, works in combatting the enforcement of a post term restrictive covenant following a franchise termination.
As an attorney representing only franchisees and dealers, I've historically been repeatedly accosted by potential franchisee and dealer clients demanding that I provide them with a certifiable blueprint for how to 'get around' the post term restrictive covenants in their franchise and dealership agreements. These provisions in essence prevent a terminated franchisee from operating an ongoing or future business similar to that of the former franchise business for a period of time after the termination of the franchise, thereby, in some cases, preventing the terminated franchisee from earning a living.
I usually tell them that, although in the old days it was possible to devise a 'work around' to this legal road block, today it is exceedingly difficult to do so. Very simply, most franchise and dealer agreements nowadays do not contain many of the old-style loopholes (e.g., sales to wife, child, brother, mother-in-law, close friends, etc.) Further, in today's legal system, courts have become much more adept at factually piercing the corporate veils and trails associated with secret transfers and sales.
Accordingly, after reading a recent decision from the Supreme Court in New York regarding a post-term covenant I started laughing out loud. In this case, Daekyo Am., Inc. v Gunsberger, 2015 N.Y. Misc. LEXIS 4572, 2015 NY Slip Op 32372 (December 2015), the former franchisee's two locations had been terminated. Accordingly, the post term covenants in the franchise agreements would normally have prevented him from operating or participating in the operation or ownership of any child care center after the terminations.
However, in the face of prolific murky business transfers by the terminated franchisee, before and after the franchise terminations, the Court, in the context of the emergency motion, appeared flummoxed. The Court's inability to quickly and easily pierce the franchisee's complicated transactions resulted in a loss for the franchisor. In refusing to enforce the post term restrictive covenants in the franchise agreements, the Court allowed the new 'owners' at the former Daekyo locations to continue to operate child care centers in direct competition with Daekyo. 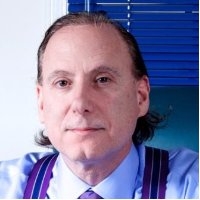