On October 11, 2013, an employee at a Bumble Bee Foods plant in California entered a large oven used to sterilize cans to make an adjustment inside the oven. While the employee was in the oven, another employee, who assumed that there was no one in the oven, turned the oven on, resulting in the death of the employee in the oven.

Following the incident, California OSHA (similar to federal OSHA) cited Bumble Bee Foods for six separate violations, nearly all relating to confined space issues. In April of 2015, one-and-a-half years after the incident, prosecutors from California charged the company, the plant’s operations director, and the plant’s safety manager with criminal, willful violations of California OSHA standards. The charges carry a possible fine of $1.5 million to the company, and up to three years in prison for the operations director and safety manager.

Unfortunately, the increase in criminal prosecutions for OSHA violations is not unexpected, given OSHA’s recent enforcement tactics. Still, the implications of such criminal prosecutions are significant, and every manager responsible for safety oversight should be made aware of these recent developments. 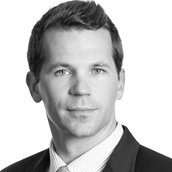