Before the mid-1980s, sentences for so-called “white-collar” crimes tended to be lax, with no formal or generally accepted rules or guidelines for judges to follow. But a series of events, including several high-profile insider trading scandals, prompted Congress to pass the Sentencing Reform Act of 1984, which enacted the guidelines for crimes committed after 1987 and abolished parole for federal offenses. The guidelines, as passed, were mandatory and applied to all federal sentences, but they were enacted primarily to add transparency, eliminate bias and inject some certainty into the punishment of white-collar crimes by tying the sentence to actual or intended financial loss. Ideally, similar crimes committed by similar offenders would result in similar sentences with uniformity across offenders and little to no discretion exercised by judges. But in 2005, the U.S. Supreme Court held in United States v. Booker that the Federal Sentencing Guidelines violated the Sixth Amendment, because the sentencing scheme depended on findings by a judge, rather than a jury, to drive the sentence higher. Although the Supreme Court had telegraphed this result in prior decisions, the remedy it fashioned was unexpected. Rather than use a jury’s findings for facts that enhance or reduce the guidelines range, the Court swept away the mandatory character of the guidelines and made them advisory, holding that federal courts of appeal could review sentences for “unreasonableness.” It is too early to tell if Booker has changed federal sentencing significantly. In a recent local mortgage fraud case, Brent Barber pleaded guilty and was sentenced to 151 months in federal prison based on an $11,206,419.27 loss. It was the largest mortgage fraud case ever prosecuted in Missouri. The scam involved nearly 300 properties in Kansas City. Despite judicial discretion, the sentence was within the guideline’s range. Other high-profile defendants, however, have received sentencing benefits from the Booker decision. After being indicted on some 98 counts of fraud, Andrew Fastow, of Enron, reached an agreement with the government that he would provide testimony in exchange for a maximum sentence of 120 months. Former Qwest Communications CFO Grant Graham pleaded guilty to conspiracy to commit wire fraud in connection with his role in Qwest’s $34 million fraud scheme (including a $950 million accounting “mistake”). Graham will serve one year of probation and pay up to a $5,000 fine, but will pay no restitution. And, former Rite Aid CEO Martin Grass was sentenced to eight years in prison for agreeing to fraudulently inflate the value of the company by some $1.6 billion, inflicting some $23 million of damage on stockholders. More changes could be on the way. In Rita v. United States, the Supreme Court directed that sentences within a properly calculated guideline range are presumed to be reasonable, but only for courts of appeal, not for district courts. However, with the ability of prosecutors to appeal sentences, district court judges now have a reason, although no requirement, to remain within the guidelines. Whether post-Booker sentences will become more proportional to the act is yet to be determined. The Rita decision could push the overriding focus of punishments back to the crime, as opposed to the individual. This article first appeared in the Kansas City Business Magazine in 2008. 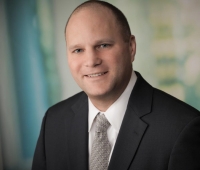