HAVE YOU BEEN CHARGED WITH ASSAULT IN MARYLAND?

Assaults are serious criminal charges in Maryland and elsewhere. Moreover, if you and the alleged assault victim live together under the same the roof, you could also be charged with domestic violence, which can carry additional penalties.

Assault charges are fact-specific. If you have been charged with an assault crime in Maryland, time is of the essence, and you need experienced legal counsel on your side who can safeguard all of your legal and constitutional rights. The criminal defense lawyers at Alpert Schreyer, LLC, may assist you with formulating good legal defenses to your assault charge, obtaining a dismissal of your assault charge in court, or obtaining a favorable plea deal with the prosecution.

GROUNDS FOR ASSAULT IN MARYLAND

Under Maryland law, to be charged with assault, a defendant need not actually touch or make physical contact with the alleged victim. The defendant only needs to place the victim in imminent fear of a physical assault or imminent bodily harm.

The Maryland Criminal Code defines several types of assault, depending upon the nature and extent of the circumstances surrounding the incident and the level of harm posed to the alleged victim.

Maryland law defines an “offensive physical contact” as contact that a reasonable person would find offensive, while “serious physical injury” refers to an injury that creates a “substantial risk of death” or causes “permanent or protracted serious disfigurement or functional loss or impairment of a body part or organ.”

Variations on these assault charges, such as against a police officer, correctional officer, or prison inmate, carry additional penalties.

Maryland assault convictions come with harsh penalties, and too much is at stake for you to “go it alone.” Instead, you need experienced legal representation in your corner throughout your case. To schedule a free consultation or case evaluation with a Maryland criminal defense lawyer at Alpert Schreyer, LLC, please call us at (866) 444-6363 or contact us online. 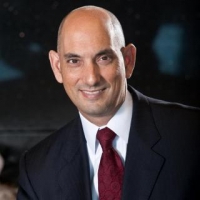