HOW COLLEGES DEFINE SEXUAL MISCONDUCT MAY SURPRISE YOU

Recent changes to the Department of Education’s Title IX guidance have brought significant attention to the way colleges and universities handle sexual assault allegations. The Trump administration implemented the changes largely in response to Obama-era guidance that reinterpreted Title IX to allow the federal government to implement standards and procedures that schools that receive federal funding must use when investigating claims of student-on-student sexual misconduct.

Schools that failed to comply with the new interpretation of Title IX risk losing federal funding. As a result, schools implemented expansive definitions of sexual misconduct that allow them to investigate incidents that some observers would consider minor incidents. While well-intentioned, these broad definitions have the potential to catch innocent people up in investigations that can disrupt not only their academic pursuits but their lives.

For example, consider the University of Iowa’s definition of sexual misconduct:

Sexual misconduct is a broad term encompassing any unwelcome behavior of a sexual nature that is committed without consent or by force, intimidation, coercion, or manipulation. Sexual misconduct can be committed by a person of any gender, and it can occur between people of the same or different gender.

Under this definition, sending a text with a simple social invitation, an unwelcome physical advance based on a misinterpreted comment or signal, or misinterpreted physical contact could result in a full-blown sexual misconduct investigation. What’s more, once someone makes allegations of sexual misconduct, schools may implement interim measures during the investigation—or even before commencing an investigation. These interim measures intend to stop any ongoing misconduct, stabilize the situation, and protect the integrity of any investigations. They may include:

Clearly, these measures can disrupt a student’s life, so mere allegations of sexual misconduct have the potential to completely derail a student’s academic pursuits or professional future.

If Another Student Accuses You of Sexual Misconduct

If you face allegations of sexual misconduct against another student, protect your rights. First of all, do not discuss the matter with anyone, including other students. If law enforcement contacts you, say that you only will speak to them with an attorney present. Do not destroy or delete anything that could constitute evidence relevant to the investigation. Finally, retain an attorney as soon as you can. Under Title IX, schools are required to allow you to have an attorney present in student disciplinary hearings. even if that is not the right strategy, an attorney may advise you as to your rights, assist in identifying and gathering evidence in support of your position, and help you prepare for any proceedings.

If your school accuses you of sexual misconduct, retain an attorney as soon as possible—even if law enforcement has declined the case. An adjudication of guilt by a disciplinary board can result in extremely serious consequences, many of which can have long-term impacts on your professional or academic life.

At Duffy Law, our team of college code violation defense lawyers understands the high stakes and will do everything we can to bring your case to the most favorable resolution possible. To schedule a free consultation with one of our lawyers, call our office today at (203) 946-2000 or send us an email through our online contact form. 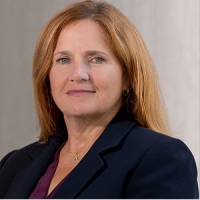