In Ohio, it is illegal to knowingly carry a loaded firearm in a car that is accessible to the driver or any passenger. To comply with Ohio gun laws, a person must either have a Concealed Handgun License (CHL), carry the gun unloaded in a form permitted by Ohio law, or meet an exception to the general rule. Additionally, failing to tell a police officer you’re carrying a gun when stopped can result in criminal charges.

Openly carrying a gun in a vehicle in violation of Ohio gun laws is a fourth-degree misdemeanor that carries a punishment of up to 30 days in jail and a $250 fine.

If you face charges for openly carrying a gun in a car in Ohio, you should contact a Columbus gun charges attorney as soon as possible.

What Does Open Carry Mean in Ohio?

Open carry means that a firearm is not concealed and is visible to other people. In Ohio, people who legally own firearms may carry them in public places unless specifically prohibited.

However, open carry rights do not extend to vehicles. In Ohio, you need a CHL to carry a gun in a car. Furthermore, carrying a gun in a holster constitutes open carry if the gun is still visible to others.

Under Ohio law, a person who holds a CHL may carry a concealed loaded gun in their car. However, a person who does not have a CHL must unload the gun and carry it in one of the following ways:

?     In a compartment that can be reached only by leaving the vehicle; or

Additionally, if the firearm is at least 24 inches in overall length and the barrel is at least 18 inches in length, it must be either in plain sight inside the vehicle or taken apart.

However, some situations exist where a person without a CHL may carry a loaded gun in a car in Ohio.

Law enforcement officers may carry or have accessible loaded firearms in their vehicles as long as they are acting within the scope of their duties.

The exception applies only during hunting season. Further, the person must either be in an all-purpose vehicle on private or publicly owned lands or a motor vehicle parked on a Division of Wildlife road.

Furthermore, a person may carry a loaded gun in a car if they transport the firearm for a lawful purpose and are on their own property.

Depending on the facts of your case, a gun charges attorney can raise multiple defenses.

Violation of Your Fourth Amendment Rights

A common defense to gun possession charges arises when police officers find a gun during an unconstitutional search of a vehicle. Under the Fourth Amendment, police officers generally cannot search your car or take your property without probable cause. To have probable cause, the police officer must have reasonable grounds to believe that your vehicle contains contraband. If you believe the police obtained your gun through an unlawful search, you should contact a gun charges attorney as soon as possible.

You Did Not Know the Vehicle Contained Guns

Additionally, if you did not know that a gun was present in the vehicle, you may be able to avoid your charges. For example, a lawyer could raise this defense where you were a passenger in a vehicle and did not know the vehicle contained guns.

How Can a Gun Charges Attorney Help You?

If you face charges for openly carrying a gun in a car in Ohio, a gun charges attorney can help you potentially reduce or eliminate criminal charges. Our gun charges attorneys at Joslyn Law Firm have handled a wide variety of weapons cases throughout Ohio. We do not believe that anyone should be wrongfully convicted or overly punished for a gun crime. We will fight for your freedom and strive to protect your Second Amendment rights. 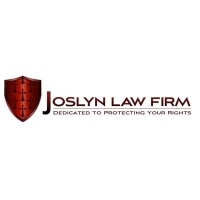