Even “Fender-Benders” Can Cause Serious Injuries

Rear-end accidents are some of the most common collisions on the roads in San Antonio and throughout the United States. In a single year, there were about 2,101,000 rear-end crashes reported in the U.S., which was more than any other type of collision. Many people refer to rear-end accidents as “fender-benders” because they often cause relatively minor property damage to bumpers and are not considered to be particularly serious events. However, statistics indicate that of the 2,101,000 reported rear-end crashes, an estimated 556,000 resulted in injuries to motorists. It is important to realize that even a crash that may seem minor can cause serious and costly injuries.
Common Injuries in Rear-end Collisions
While there are many different injuries that can stem from a rear-end crash, perhaps the most commonly associated injury is called “whiplash.” Whiplash refers to strains of the soft tissue in the neck and occurs when the neck stretches due to sharp and sudden head movements. When one car hits the back of another car, the occupants of both vehicles can experience a sudden jolt from the impact and often, their heads can snap forward and then back. This motion can easily result in whiplash, which can be painful, limiting, and can require extensive medical treatment and physical therapy.
Whiplash is far from the only injury that can result from a rear-end crash. The following are other common injuries to motorists:
All of the above can result in medical bills, missed work, and other significant losses.
Liability for Your Losses
Many people assume that the rear driver is automatically at fault for a rear-end crash. This is not always the case, however, so it is important to explore your rights to possible compensation even if you were the rear driver. When determining who was liable, the focus is on which driver acted negligently to cause the crash – and this could be either or both drivers involved. The following are some acts of negligence that often lead to fender-benders:
Even if both drivers are partially at fault, Texas law still allows the driver who was less than 50 percent at fault to recover for at least some of their losses. It is important to have an attorney evaluate your rights even if you believe you played some role in causing the crash.
Find Out How a San Antonio Car Accident Law Firm Can Help
The Law Offices of George Salinas handles all types of car accident cases in and around the San Antonio area, including rear-end collisions. If you have been injured, you should always explore your options to recover for your medical costs, lost income, and other losses. Contact us online or call 210-528-1536 for free to discuss how our office may be able to help you. 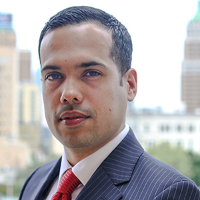