You may find Paragard IUD to be an empowering contraceptive. A medical provider inserts this tiny T-shaped device into your uterus, and the IUD offers you years upon years of effective birth control.

Complaints by Users of the Paragard IUD

The Paragard IUD is a non-hormonal, lasting birth control device. Paragard and other implants have now become the third most extensively used form of reversible contraceptive. However, females have testified serious complications both upon implantation as well as at the time of removal of the device, like fracturing of the device during removal and tearing of the uterus.

If something like this happens to you, consult Paragard Lawsuit Lawyers immediately. With the proper guidance of an experienced attorney, you can file a comprehensive lawsuit. As a result, you can claim financial compensation if you get injured by the Paragard in your uterine cavity.

The complainants allege that Teva Pharmaceuticals created a faulty contraceptive device and failed to instruct medical experts and doctors on removing (explant) the IUD without triggering breakage.

Paragard was approved by the FDA (Food and Drug Administration) in 1984, and it has been massively produced and sold by Teva Pharmaceuticals. IUDs work through the different kinds of hormones in birth control pills. But Paragard claims that it uses no hormones.

Also, Paragard is generally a small plastic device covered with copper. The copper activates a chemical reaction in a female’s body that does not permit fertilization. Additionally, the device got approved for temporary use for up to ten years.

How Can Lawsuit Lawyers Help You?

Paragard lawyers represent victims and try their best to bring severe penal actions against Teva Pharmaceuticals to recover money damages for your doctor's bills. It may include medical bills related to lost earnings, fertility treatments, pain, and suffering.

Furthermore, if you are suffering from any of the following injuries, Paragard lawsuit lawyers can help you:

- Ectopic pregnancy
- Infections
- IUD migration to your other body parts
- Scarring
- Device breaking, ending up in surgery
- Copper wire getting left in your body, leading to inflammation and damage
- IUD embedded in the uterus
- Hysterectomy
- Puncture of the uterine wall or cervix

Hence, like many other women, if you are also suffering from any such injuries due to Paragard IUD, you should consult a lawyer today.

Know About the Basis of a Paragard IUD Lawsuit

Before you go ahead and decide to file a case, make sure that you discuss with a lawyer the grounds of the lawsuit. Being a victim, you can sue Teva Pharmaceuticals for claims like:

To some up, if you or your dear one has suffered one or more of these Paragard IUD complications, you can be eligible for a cash award and compensate for your medical expenses. Hence, it is best to talk to Paragard lawsuit lawyers and find out what they can do for you. 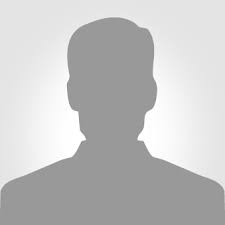