In my experience, section 2-1301 motions to vacate judgments are granted almost as a matter of course.  Section 2-1401 motions, though, are more closely scrutinized.  A section 2-1401 movant must (1) support the motion with an affidavit, (2) show a meritorious defense; show (3)  due diligence in presenting the defense in the original action; and (4) due diligence in presenting the petition to vacate the judgment.  West Bend v. 3RC Mechanical and Contracting, 2014 IL App (1st) 123213, ¶ 11.

An important section 2-1401 motion rule is that a void judgment can be attacked at any time; even more than two years after a judgment.  A quintessential void judgment is one where the court lacked personal jurisdiction over the party it entered judgment against or where it lacks subject matter jurisdiction.  A crude example of a court lacking personal jurisdiction is if an Alaska state court entered judgment against an Illinois resident who has never set foot, physically or virtually, in Alaska.  A subject matter jurisdiction failure example would be a state court entering a judgment in a lawsuit that is uniquely suited for Federal courts only – like patent litigation, bankruptcy law or a civil rights case based on Federal discrimination laws.

In situations where either personal or subject matter jurisdiction is lacking, the moving party can attack the judgment at any time – even after two years.  735 ILCS 5/2-1401(f).  I once litigated a case where I registered a Colorado judgment in Illinois and almost four years later, the defendant (an IL resident) moved to vacate under Section 2-1401.  The Court eventually struck the motion but still found that it was “timely” brought since it was based on the argument that the Colorado court lacked personal jurisdiction over the defendant.  The reason the motion was stricken was because the court found that the motion to vacate should be brought where the judgment originally was entered (in Colorado) instead of in Illinois where the judgment was registered.

An often misconstrued aspect of section 2-1301(e) motions to vacate concerns non-final default orders.  If the court defaults a party for failing to answer, but the default isn’t final (no money judgment is entered), section 2-1301(e) allows the defaulted party to vacate the default any time – even if more than 30 days have passed.  I’ve been involved in some protracted cases where a defendant is defaulted early in the lawsuit and then a year or so later moves for default.

The opposing side immediately objects saying that since more than 30 days elapsed from the default, the defaulted party must file a 2-1401 petition (and support the motion with an affidavit and show due diligence and meritorious defense).  This is wrong: as long as the default order wasn’t final (i.e., the lawsuit is still pending and no specific dollar amount has been awarded), the party in default can move to vacate at any time while the case is still pending; even if more than 30 days have elapsed (or two years for that matter).

Because a money judgment can have such negative and dramatic effects (compromised credit, clouded title, frozen bank accounts, etc.), it’s no surprise that there is a substantial body of case law covering the topic of post-judgment motions under Code Sections 2-1301 and especially, 2-1401.

The key rules to remember are: for judgment less than 30 days old, the more relaxed standards of section 2-1301 apply.  For judgments that are more than 30 days but less than two years old, section 2-1401’s more exacting requirements must be met.  Also, a judgment entered in the absence of personal or subject matter jurisdiction can always be challenged – even after two years have elapsed. 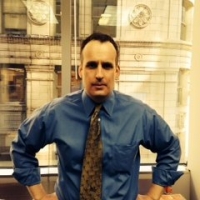