What is “INTELLECTUAL PROPERTY?”

Intellectual Property (“IP”) typically refers to four main types of property rights based upon our “intellectual” efforts. These are 1) patents; 2) copyrights; 3) trademarks; and 4) trade secrets. A catch-all, miscellaneous type of intellectual property exists in the form of being able to sue another for “unfair competition” when one believes their business has been injured but the source of that injury is not considered an infringement on one of the above-referenced forms of intellectual property. The first three IP rights are governed by federal statutes while trade secrets and unfair competition are governed by state law. Patent and Copyright rights are actually in our Constitution: “The Congress shall have Power To ... promote the Progress of Science and useful Arts, by securing for limited Times to Authors and Inventors the exclusive Right to their respective Writings and Discoveries;...” (Article I, Section 8).

A.     Patents – a patent is a right established in the U.S. Constitution and granted by the U.S. Patent and Trademark Office (“USPTO”) toan inventor “to exclude others from making, using, offering for sale, or selling a particular invention throughout the United States, or importing the invention into the U.S.,” for a limited time in exchange for public disclosure of the invention when the patent is granted. The limited time is usually about 17 to 20 years. The typical patent is a “utility” patent which covers any “useful process, machine, article of manufacture, or composition of matter, or any new and useful improvement thereof.” However, a “design patent” can be procured from the USPTO for any new, original, and ornamental design, usually of a particular product. A patent requires that the invention is “novel” (never before been achieved) and not “obvious” from any existing invention or known technology. Thus, a patent is extremely powerful because it provides an exclusive right to offer an entire product – i.e. a monopoly - but only for a limited amount of time and only if truly new to the market.

B.     Trademark (Service Mark) - A trademark is “a word, phrase, symbol, or design, or a combination thereof,” that identifies and distinguishes the source of the goods of one party from those of another. A service mark is the same as a trademark but identifies and distinguishes the source of a service instead of goods. The term “trademark” is typically used to collectively refer to both trademarks and service marks (and will be used as such throughout this blog). A trademark must therefore be associated with a particular product or service offered in commerce and only prevents the use of that name, symbol, phrase or design from being used with a later seller’s similar product or service in order to prevent consumers from being confused about who originally offers that product/service. A trademark right does not necessarily stop the sale of another product outright. One establishes a right to a trademark as soon as the mark is used on a product or service in commerce, but registering the mark with the U.S. Patent and Trademark Office or a particular state government helps to protect that trademark and enforce it against infringement.

C.     Copyright – A Copyright is a form of protection also established in the U.S. Constitution and federal laws for the authors of “original works of authorship” “fixed in a tangible medium of expression” such as literary, dramatic, musical, artistic and other intellectual works. A Copyright prevents another from directly copying one’s original work if recorded in some tangible form, such as a writing or drawing, an audio or video recording, an architectural rendering or a live performance and it does not matter if the tangible form is handwritten or typed, published or unpublished, electronic or on paper. However, copyright infringement requires that the copy be virtually an exact copy, not merely the idea or concept expressed in the work. The Copyright right is established immediately upon creation of the work, if the work is sufficiently original, and does not need any registration or grant by the government. However, registration with the U.S. Copyright Office, a part of the Library of Congress, is necessary in order to sue another for infringement and also to collect a greater amount of damages set forth in the law, known as “statutory damages.”

D.     Trade Secret – A trade secret is basically like it sounds – a secret of the business which provides that business with a competitive advantage and in which efforts to keep that secret from being disclosed can be demonstrated. Anyone who discloses such a secret can be liable for damages caused to the owner of that secret. Naturally, this assumes certain facts: 1) the secret is not generally known, published or otherwise easily ascertainable by anyone; 2) disclosing that secret will cause economic damage to the business that owns it; 3) the owner endeavors to prevent the disclosure of that secret, i.e. by having employees or others in the business knowledgeable about the secret sign a non-disclosure agreement; and 4) to enforce a trade secret, the owner of the trade secret must sue the discloser of that secret and prove the aforementioned facts. Usually state law and court precedents govern this type of protection. Some famous trade secrets include the formulas for making Coca-Cola and Kentucky Fried Chicken.

There are a number of other rules, regulations and requirements associated with these rights and their enforcement, as well as exceptions such as First Amendment free speech rights and rules promoting fair competition. For instance, one cannot expect to be able to prevent others from using a term to identify their product that is commonly understood as describing that type of product; and one is permitted to copy a brief excerpt of a Copyrighted work in order to refer to it in a noncommercial context such as the news. Also, these laws differ in each country and if not federal, from one state to another. That is why it is strongly recommended that one consult a lawyer about their particular situation if they believe their intellectual property right has been affected by another.

Alex Butterman is a trademark attorney with Staas & Halsey LLP and a former trademark examining attorney at the U.S. Patent and Trademark Office. Alex is admitted to the bars of Washington, D.C., New York and New Jersey and also is an active member of the International Trademark Association. Alex can be contacted directly by e-mail at abutterman@s-n-h.com.

The opinions expressed are those of the author and do not necessarily reflect the views of his firm or its clients. This article is for general information purposes and is not intended to be and should not be taken as legal advice. No attorney-client relationship has been established herein. 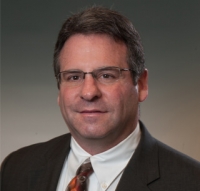