Why Does it Take so Long to Settle Construction Accident Cases?

The popular belief is that construction-related lawsuits are widespread in the United States. There’s the running joke of an American’s favorite attire being a “lawsuit”, referring to the large number of cases filed each year in the country, many of them far over-reaching.  In reality, too many people still hesitate to make a claim for fear that their case will never be resolved. Or even worse, they worry that the other side will be bigger and stronger, eventually turning the table on them in an act of vengeance. On the complete contrary, some people think that filing a lawsuit will give them immediate compensation, which is also highly unlikely - construction accidents in particular. This question is difficult to answer without first taking many factors into consideration, since many circumstances and players in a case can affect its length.

·         Your case can be delayed due to legal or factual issues like disputes over the responsible party or monetary value.

·         You have not achieved the maximum medical improvement possible for your injuries.

Some construction accident cases take a long time, and nothing can be done about it, unless you are willing to accept a smaller sum.

In cases where an insurance company is involved, it is highly unlikely that the insurer will offer a reasonable settlement. At least not until the plaintiff's legal team has made the claim and hired experts to demonstrate that the defender had the right to do so. There are even cases in which insurers do not offer settlements because they do not believe that you have the right to sue. These cases take longer because a judge must decide whether you have the right to sue in the first place. Only if the judge decides in the probative, the insurer may offer a settlement. You will then have to convince the judge of the following:

·         Your injuries are serious and you are not exaggerating the situation.

·         You are a credible person and they will not be able to damage your credibility.

·         The opposing side doesn't have a good defense against your case.

In a case with large compensation, it is also common for insurers to try to delay the settlement to see if the plaintiff gives up and does not accept the entire settlement. Insurers know that seriously injured people really need the money they are claiming. They use this knowledge to take advantage of the plaintiff and try to force them to agree to a faster and smaller settlement.

If you are in a difficult situation where you need the money as soon as possible, then you may think that the best option is to settle early in what is called a short agreement. It can be difficult to determine how much you should accept, and unfortunately there are no techniques to help you make that decision. Insurers have no responsibility for offering you a certain amount: some may offer you 50% of the settlement you could reach; others, less than 10%. Even if you are considering accepting a short settlement to avoid being involved in a long lawsuit, it is important that you consult with a construction accident attorney.

On the other hand, your case could have problems related to damages. This can occur in cases where the doctors who treated the plaintiff are unsure whether the plaintiff's injuries were caused by the negligence of the defender. In construction accident cases, it is always the plaintiff's responsibility to prove that the defender was responsible for the damages. So if the doctors can't decide, the insurers won't offer a settlement until the plaintiff's legal team finds a doctor who can testify that it was the defenseman's fault, based on the medical evidence.

Whatever your situation may be, it most important to not go through the process alone. A reputable construction accident attorney will help you understand what goes into a case, and the best options are for you. There are often difficult decisions to be made, but with the right legal support system, it might just all come out grander than you expected in the end. 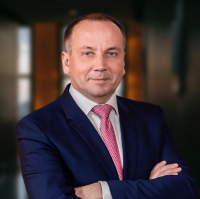