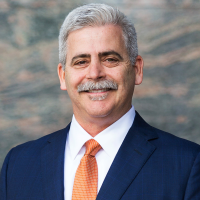 Gregory Fitzgerald was born and raised in Los Angeles County. He attended high school overseas and returned to the US in 1980 where he attended California Lutheran University in Thousand Oaks, California. He earned his Bachelor of Science in Accounting (1984) and began his post-collegiate career as a tax auditor with the IRS. Dissatisfied with the inherent unfairness of the US Tax Code, he obtained a California contractor’s license, worked as a contractor by day and went to law school at night. He graduated first in his class at Southern California College of Law in 1990, passed the California bar exam and commenced practicing law in 1991.

He began his legal career working for a small criminal defense/personal injury firm before opening his own law practice in 1992 in Orange CA. Fitzgerald & Associates focused on representing individual consumers in matters ranging from debt to injury to criminal defense to tenancy and more. In 1998 he moved his practice to Santa Ana, renamed the firm Fitzgerald & Malk, and expanded the practice to include providing legal services to small businesses. In 2006 he accepted a position at The Seideman Law Firm, P.C., a national consumer rights law firm, focusing on consumer protection. At The Seideman Law Firm, P.C. he was primarily responsible for the creation, instruction, and management of a nationwide team of lawyers to combat collection abuses, defend collection lawsuits and resolve the debt. He left The Seideman Law Firm, P.C. in April 2013 to form Fitzgerald & Campbell, a professional law corporation dedicated to making itself California’s premier consumer debt protection law firm.

Mr. Fitzgerald has always been dedicated to helping individuals and small business from the substantial and unfair overreach of the government and its protected insiders such as banks, insurance companies, and other large crony corporate interests such as debt buyers and collectors. In 29 years of practice, he has represented thousands of clients, tried hundreds of cases, and secured countless victories for his clients. He was an Orange County Judge Pro Tem from 1996 to 2006, is admitted to practice before all California state courts (CA bar #153082), is admitted to The United States District Court for the Central District, Southern District, Eastern District and the Northern District of California. He is also a member of the Orange County Bar Association, the Western San Bernardino County Bar Association, and Consumer Attorneys of California.

Gregory Fitzgerald is married, has two sons, three dogs, and two cats. He lives in Santa Ana, California. For recreation, he enjoys golf, hiking, and family. He considers himself to be a libertarian, a Lutheran, and very fortunate to be able to live and work in California. Two blogs he reads and recommends are getoutofdebtguy.org and economicpolicyjournal.com.