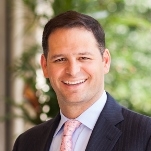 As one of the nation’s top trial lawyers, Jason Itkin has obtained dozens of verdicts and settlements throughout the years’ worth more $10 million. In fact, Jason has won several victories upward of $100 million each. In addition to these prolific cases, he has won close to 200 verdicts and settlements for more than $1 million each. In total, Jason has won billions of dollars for his clients. These victories have come in courtrooms all across North America, as he has represented clients in all 50 states.

Jason has been the recipient of numerous awards and honors due to his success. This includes recognition on multiple coveted lists, including the Best Lawyers in America®, Super Lawyers®, Top 40 Under 40, and others. At the top of these honors, Jason regards his inclusion as a member of the Inner Circle of Advocates as his highest achievement. The Inner Circle is a list of the leading lawyers in the nation, as membership extends to only 100 trial attorneys in the United States. Jason was selected by the Inner Circle before the age of 40, crowning him the youngest member of this elite organization.

Jason has been asked to work some of the country’s most notable cases. He recently acquired verdicts for injured children against major pharmaceutical companies, verdicts that have set the precedent for future pharmaceutical cases. Jason has also represented families who lost their husbands and fathers to the sinking of the El Fargo cargo ship. After the Deepwater Horizon explosion, Jason was the top representative of those who were injured in the blast.

Currently, Jason and his legal team are assisting home and business owners affected by the cataclysmic damage caused by Hurricane Harvey and the wildfires in Northern California. He and his firm thrive on helping people with their claims, regardless of whether they are filing for the first time, if their claim has already been denied, or if they have been given a settlement offer that is insulting at best.

Jason has obtained record-breaking settlements because well-informed corporations understand that the conclusion of a hearing against Jason will end in financial ruin. A few months ago, Jason tried a case where an insurance company refused to compromise on a fair settlement for his client. The business’s stance quickly dissipated once Jason finished cross-examining the company’s “star witness.” Immediately after the hearing, the company fired its long-standing attorney and the star witness. The following day, the business settled the case for nearly twice the requested settlement offer given by Jason’s client pretrial. The business also officially apologized to Jason’s client for their errors.

Arguably the best example of Jason’s prowess is the fact that other firms frequently ask him to work on their cases. More than 200 law firms across the United States have chosen to work with Jason.

Jason is willing to fight insurance companies and large corporations because he is committed to giving the advantage back to those who it was stolen from. He earned his license to practice in Texas and Pennsylvania, before the Second and Fifth Circuit Court of Appeals, and the US Supreme Court.

Jason is married to Kisha Itkin, President and Owner of Theorem Vineyards. Together, with their daughter Alia, the Itkins are active members and proud supporters of the Houston community. They support many causes individually and through the Arnold & Itkin Foundation.