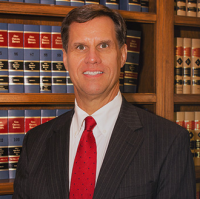 Workers compensation attorney Joseph F. Navin, II was born in 1960 in New York City, where he attended grade school. Joe then attended and graduated the Choate School in Wallingford, Connecticut. After graduating Choate, Joe attended and graduated the Ohio State University in 1984 with a Bachelor of Arts Degree in Political Science. Joe then attended and graduated Capital University Law School in Columbus, Ohio. He received his Juris Doctor degree in 1987, with Honors, magna cum laude. He also served on the Capital University Law Review. In his last year of college at the Ohio State University and for the first two years of law school, Joe worked as a legislative aide in the Ohio House of Representatives. In his final year of law school, Joe worked as a law clerk in the Lancaster, Ohio law firm of Stebelton, Aranda and Snider. Upon graduating Capital University Law School in 1987, Joe began his legal career as an associate attorney with the law office of Larrimer & Larrimer, LLC. Joe began representing injured workers before the Ohio Industrial Commission in May 1988, as soon as he received his favorable bar exam results and law license from the Ohio Supreme Court. He became a partner in 1994.