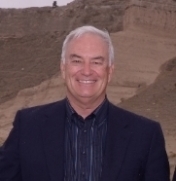 Robert Pahlke has been a leading attorney in the fields of personal injury, product liability, railroad employee (FELA), and medical malpractice for over 3 decades is so recognized by his peers not only in Nebraska but several surrounding states as well.

He is frequently sought out to co-counsel on complex serious personal injury cases and wrongful death cases by attorneys not only from Nebraska and surrounding states but many cities and states throughout the United States including New York City, Florida, Missouri, California, Washington, Montana, and others.

EARLY EXPERIENCE
In a case early in Bob's career he took on the United States Government and the Department of Army in which he brought suit for the improper disposition of World War I war gases including mustard gas and phosgene that exposed a cowboy client who worked next to the 20,000 acres Black Hills Army Ordinance Depot resulting in serious in permanent and disabling lung scarring injuries because of the improper destruction of extremely dangerous gases. Since then Bob has fought tirelessly for people injured by dangerous products, careless drivers, unsafe railroad working conditions and equipment and negligent medical care that resulted in verdicts exceeding $40 million and settlements far in excess of the verdicts.

Other areas of practice that Bob has handled include fires caused by negligent practices by railroads, electrical power companies and defectively designed or manufactured electrical power equipment which resulted in damages into the millions of dollars and in excess of 75,000 acres burned. He has handled class actions involving deceptive practices and fraud committed upon thousands of people throughout the state and beyond.

BOB PAHLKE'S APPROACH TO THE LAW
Throughout his career Bob has been known for his boots on the ground approach, not only going to the scene but also where possible, going to his client's home and spending time with the client and his or her family to get a real feel for not only the losses, the injuries and the consequence of them and to also learn what heroic efforts the client and family are engaging in to try to regain as much of their torn and tattered lives. Often the client, like the jury, was minding their own business when they got the call. In the case of the client, often through no fault of their own, their life has been altered forever and what is inspiring to Bob is the efforts that his clients make to regain what dignity and recovery they can make. The jury, when each member gets the summons they have to decide….will I answer the call? And then in the end, when the case is in their hands, it's only the jury that can save the day. It's the one day when a person's vote really counts and a day when they can make a decision that helps protect us all by preserving and enforcing the safety rules that govern not only our people but our government and large corporations.

Bob's record has been one of pioneering in the practice of law with hard work, creativity and imagination to persevere and ultimately prevail on behalf of his clients of today and tomorrow. There are noshortcuts is a principle that the Robert Pahlke Law Group well knows. Bob is most ably assisted by fellow members of the firm including Kyle Long, respected retired District Judge Robert O. Hippe and Josh Wunderlich in the practice of all kinds of serious personal injury and wrongful death cases.

COMMUNITY INVOLVEMENT
Special interests of Bob's include giving back to the community, particularly our youth. To that end, he spearheaded the dream that became an idea then finally a reality by leading the charge to fund the building of the West Nebraska Field of Dreams which is a $750,000 project involving an indoor baseball and golf facility that allows area youth to hone their skills and find positive outlets for their energy. The facility has 4 batting cages that slide away and allow for indoor infield practice. The golf facility includes a world-class golf simulator and two hitting bases equipped with computerized swing monitors. Since the completion of this facility, local high school golf teams have gone from competitive to winning the State Tournament by 39 strokes. The baseball teams have also seen greatly enhanced success including frequent batting average improvement of 40-50 points and more.

Through many years of coaching his kids and others, Bob witnessed kids when they reached 6-7 and 8th grade making decisions to stay in competitive sports or go onto other things, sometimes destructive things. It was Bob's observation that if the kids were struggling to have success on the field they often turned away from sports. What the West Nebraska Field of Dreams provides is the opportunity to have hundreds at bats to hone skills and increase confidence. And the batting machine never judges and never criticizes.