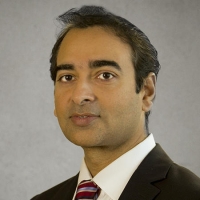 Mr. Ahmed has acquired visas for many businesses as they seek to invest or transfer their employees to the United States. He has assisted applicants from around the globe, including United Kingdom (UK), Canada, Brazil, Egypt, Saudi Arabia, Pakistan, India, Dubai (UAE) and many other countries. Visas he has obtained include:

Mr. Ahmed has successfully represented thousands of businesses and individual clients in various circumstances, including but not limited to, business and investor visas, employment visas, family visas, deportation, and naturalization and citizenship matters. Mr. Ahmed has extensive experience in courtroom litigation as well. He has appeared in hundreds of cases before dozens of immigration judges, successfully representing clients in matters ranging from removal proceedings to claims for political asylum, cancellation of removal, hardship waivers and adjustment of status.

Mr. Ahmed earned his Juris Doctorate degree from Touro Law Center in Long Island, New York. As a law student, Mr. Ahmed served as an Assistant Editor for the International Law Journal while contributing to various other journals and publications. He concentrated his studies in International Law and quickly developed a passion for assisting others with their immigration issues. Mr. Ahmed went on to complete a comprehensive law studies program in Shimla, India, an opportunity that enriched his understanding of the comparative legal jurisprudence. In 1988, Mr. Ahmed was admitted to the Florida Bar and after ten years of practice, in 2008, Shahzad Ahmed joined NeJame Law as a Partner. He currently serves as the Senior Attorney and Senior Litigator for the Firm's Immigration Division.