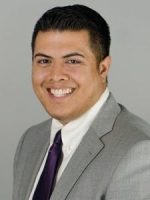 Tyler brings a unique perspective to the legal practice, combining a background in science with a passion for public speaking and philosophy. Born in Honolulu, Hawaii, Tyler’s family moved to Arizona when he was very young. Tyler graduated from Perry High School in Gilbert, Arizona in 2012, and spent the next four years in Tucson attending the University of Arizona. Initially, Tyler was on track to attend Pharmacy School but found that his classes weren’t providing the excitement he anticipated. Tyler needed to be passionate about something if he was going to do it for the rest of his life; he found that passion in philosophy and the law. Just before his junior year, Tyler changed his course to attend law school. During the summer of 2015, Tyler volunteered in a local law firm to get as much exposure to the law as possible, helping draft motions and researching different cases. In 2016, Tyler graduated from the University of Arizona with a Bachelor’s in Molecular and Cellular Biology and a minor in Philosophy.

During his senior year at the University of Arizona, Tyler competed with the University of Arizona Mock Trial team. Within a semester of joining the program, Tyler was selected to be a captain of one of the top teams and helped lead the program. Before ever attending law school, Tyler was refining his skills as a trial lawyer, learning to effectively argue the Rules of Evidence, examine witnesses, and present arguments. As a competitor in undergraduate mock trial, Tyler competed in almost every role there was to offer. Tyler presented both opening statements and closing arguments, while also learning to examine both lay witnesses and experts.

While working in chemistry or biology may not have been something Tyler wanted to do long term, his scientific education has provided Tyler with a unique perspective and skill set. Tyler applies his scientific background to every case he has worked on, including criminal defense, personal injury, and complex civil litigation. Tyler is able to understand the science behind DNA evidence, blood analysis, car accident reconstruction, and other scientific testimony that arises in court. Just like preparing an experiment in a lab, Tyler puts great focus into understanding every step of a case to provide the best final result for his clients.

After graduating from the University of Arizona, Tyler attended the Sandra Day O’Connor College of Law at Arizona State University. While in law school, Tyler continued to compete in mock trial and public speaking competitions. As a first-year law student, Tyler was a finalist in the Jenckes Closing Argument Competition. The following year, Tyler was one of only two second-year students to be selected for the newly formed ASU Law Mock Trial program. As a member of the team, Tyler helped guide the program to the quarterfinals of it’s very first tournament, the 2017 National Criminal Trial Advocacy Competition. In his final year of law school, Tyler’s competitive success continued by placing second in the Jenckes Closing Argument Competition, winning the Oplinger Closing Argument Competition, and leading ASU Law Mock Trial to back-to-back championship rounds in the 2018 National Criminal Trial Advocacy Competition and the 2019 Student Trial Advocacy Competition. During law school, Tyler gained experience through working in multiple different legal settings, ranging from the Phoenix Public Defender’s Office to a national complex civil litigation firm in San Francisco. At each position, Tyler developed important skills as an attorney and experience with many different types of law. Before graduation, Tyler was selected as one of only ten students to be inducted into the Order of the Barristers, a national organization with a focus on effective oral advocacy and legal writing.

In his free time, Tyler volunteers as a coach for two ASU mock trial programs. When Tyler began law school in 2016, he also started volunteering as an assistant head coach for the undergraduate Sun Devil Mock Trial program. After his first year, Tyler was voted by the program to become one of the co-head coaches of the program, along with Chris Doran, the founder of Doran Justice. After graduating law school in May 2019, Tyler also began coaching the ASU Law Mock Trial Team. Tyler gives back to the organizations that have given him so much, both in terms of skills and memories, so that other future lawyers may have the same experience he did.

In his own practice, Tyler continues to apply and refine the skills he has cultivated through years of competition and public speaking. Tyler is an aggressive advocate who passionately fights for his clients in the courtroom and truly cares for those he represents. When Tyler applied for law school, he wrote a personal statement that included his biggest goal as an attorney; that goal remains the same today: “to fight for those who cannot fight for themselves.”