Are All Felonies Federal Crimes? 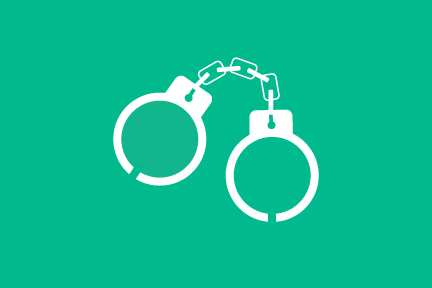 A felony can be either committed at the federal level or state level, and it is possible to commit a crime that is considered both. A felony is one of the most serious crimes a person can commit to another person or property. If convicted of a felony, you will face jail time, heavy fines, and a few permanent restrictions of freedom.

Federal felonies are defined by the government as having punishments that last at least a year. Almost all over “lesser” crimes, which include temporary punishments and less harsh jail time and fines, are misdemeanors.

Unless it is prohibited by the Constitution of the United States or the constitution of the state trying to enact the law, the U.S. government and each state can create and enforce their own laws. They can also prosecute anyone who does not abide by these laws, and this ability is granted in the Dual-Sovereignty Doctrine.

State crimes are much more commonly prosecuted. A federal crime is prosecuted under federal law, which are rarer, and they follow slightly different legal proceedings. Federal indictments are very serious indeed. Usually, when you have been charged with a federal crime or are being indicted, it means you are being investigated by one or more of the following enforcing agencies:
- U.S. Immigration and Customs Enforcement
- Bureau of Alcohol, Tobacco, Firearms, and Explosives
- Drug Enforcement Administration
- Internal Revenue Service
- Federal Bureau of Investigation
- Secret Service

A grand jury is always summoned in federal indictments. The federal rules of criminal procedure will require a consensus of the 12 jurors who listen to your case. The prosecutor will do everything in their power to prove that the charges against you need to be criminally prosecuted.

In each state, the types of felonies can be different because, as mentioned earlier, states can enact their own laws. Some states have capital and life felonies. A crime’s subcategory relates to its seriousness. Some states classify felony charges and misdemeanors by Class A, B, C, D, or E crimes. Other states may use numbers. That is why if you have been arrested in San Diego then you should hire your attorney who can help you navigate the legal process in accordance with the laws in the State of California.

Some crimes are considered both a state and a federal felony. They are also usually very serious crimes. They include:

- Sexual assault
- Driving Under the Influence (DUI) or Driving While Intoxicated (DWI) if you have had prior DUI/DWI convictions, or if you caused significant damage to property or severe injuries, including death.
- Murder
- Domestic violence
- Drug possession and sale
- Kidnapping

Why You Need An Attorney

Federal Crime Law is very complex, but with an experienced attorney developing your legal defense and building a strong argument in your favor. You can potentially reduce your charges or have the case dismissed. With federal crimes, it is going to be on a prosecutor to prove beyond a reasonable doubt that you committed the crimes and that you were not a victim of the crime some selves. There are times and people truly do not know that they are breaking the law because of the actions of other people that they are working with or involved with. A great defense attorney go over with you all your different options, the potential consequences you are facing.