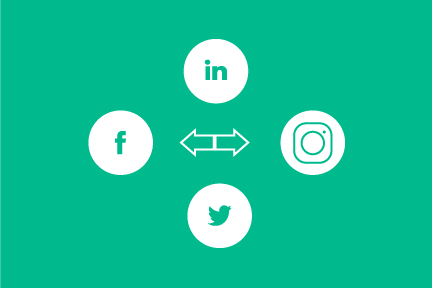 Many people are aware that anything they post publicly to a social media account is “fair game” in litigation because the information can be easily obtained and is readily available on the internet. But what most believe is that even information that they think is “private,” including posts whose visibility is limited only to specific audiences, or “private” messages sent through social media channels, cannot be the subject of discovery. But that isn’t necessarily the case.

If a plaintiff in a personal injury case claims he has injured his leg in an accident and can no longer walk properly, a lawyer for the defendant can try to find information to refute plaintiff’s claims. If the lawyer finds public posts on Facebook that the plaintiff was running marathons after the accident, the lawyer would likely be able to use the information against the plaintiff at trial to prove that the injuries were not that severe.
However, a lawyer representing a party (or anyone on behalf of the lawyer) is ethically prohibited from using deception to obtain information, including information posted on social media. So if the same lawyer sent the plaintiff a friend request which was accepted, and the lawyer saw similar posts that were posted only to the plaintiff’s Facebook friends, the court would likely preclude the post from being used at trial because the information was not publicly available (posts were limited only to “friends”), and the lawyer did not disclose that he was working for the defendant in the lawsuit when he sent the plaintiff a friend request.
So how can defense counsel obtain this kind of information? Should the plaintiff be able to claim in the lawsuit that he cannot walk even though he is clearly posting photos that show otherwise? Not necessarily. This information may still be available to the defense through the discovery process.

Discovery is the process of obtaining evidence and other information from the opposing side in litigation. Discovery can come in many forms, including deposition testimony or sworn affidavits from witnesses, expert examination of objects, documents, or people (in the case of a personal injury or medical malpractice case), and requests for documents or interrogatories.
It has become common, especially in personal injury cases, for defense counsel to request access to or copies of plaintiffs’ Facebook and other social media accounts in the discovery process to see whether the claims made by the plaintiff in the lawsuit are supported or contradicted by what is posted on social media. This frequently occurs after the plaintiff has testified at a deposition that he or she is an active user of social media and posts regularly about their daily activities.
In a personal injury case such as the one mentioned above, the defendant would be entitled to make a discovery request, for example, asking the plaintiff to disclose all Facebook posts and photographs depicting or talking about the plaintiff performing physical activity after the time of the accident, when the plaintiff claims to be unable to walk properly.
Some courts have held that in certain circumstances, the plaintiff must disclose not only publicly available posts, but also “private” posts.
In a 2018 New York case, Forman v. Henkin, where a horseback rider fell from a horse and claimed serious personal injuries, including spinal and brain injuries, the defendant requested unlimited authorization to obtain the plaintiff’s entire private Facebook account, arguing that the postings would be material and necessary to the defense.
Because the plaintiff in the Forman case testified that she was in the habit of regularly posting photographs of her activities, the court found that it was reasonable for the defense to request access to her Facebook posts, whether public or private, that might have bearing on her physical activity or limitations.
In New York, as in many jurisdictions, the policy behind discovery is to allow broad (although not unlimited) discovery of information, as long as the request is, “reasonably calculated to yield information that is material and necessary.” The court in Forman stated that it matters not whether the posts and other social media information is public or “private,” but just whether the request is reasonably calculated to contain relevant information.
Not all states follow this same rule, however. Some earlier decisions in other states, including California and Florida, have previously found that private social media posts are not discoverable.

If you are contemplating initiating a lawsuit, or if you have been sued, it is important that you speak with a lawyer who is familiar with your state’s rules about discoverability of social media posts and to develop a plan for your social media use while the litigation is pending. Use our site to find a litigation attorney who can answer all of your questions.