Driving Under the Influence: Chemical Tests and Officer Observations 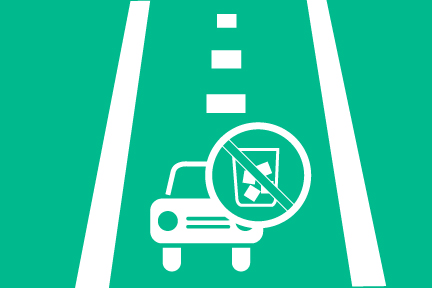 Every state has laws against driving while under the influence of alcohol or drugs. And while each state’s rules can vary in the amount of alcohol or other controlled substance in your system that qualifies as impaired and the penalties imposed, there are some basics that apply universally across all state borders.
Every state in the U.S. has what are known as “implied consent” laws. This means that by driving a vehicle, you automatically consent to a chemical test if the police pull you over and instruct you to undergo a chemical test.

In most states, it is illegal to drive with a blood alcohol concentration (BAC) of .08% or more, regardless of how it affects you. This is known as “per se” DUI. Usually, blood alcohol concentration is determined based on a chemical test – either a breathalyzer test or a blood test. If your chemical test indicates that you are over that BAC limit, you will likely be charged with a DUI.
Notably, many also have laws that prohibit people under the age of 21 from driving with any alcohol in their system. Similarly, in many states, it is illegal to drive with any illegal drugs or controlled substances in your body. These are known as “zero tolerance” laws.
Things get a little bit more complicated if your BAC is below the legal limit, but you can still be charged with a DUI. In these situations, the amount of time that has elapsed since your last drink is an important factor. As alcohol is absorbed into your body, your BAC initially rises, but over time, the alcohol dissipates, and your BAC falls again. In these situations, experts are often needed and called on both sides to testify about a driver’s estimated BAC at the time they were driving (as compared to the BAC at the time of the test). This calculation takes a number of factors into account, including typical absorption and dissipation rates based on gender, medical condition, and weight; the number and type of drinks consumed; when the driver last ate and what they ate; and the length of time between when the alcohol or drugs were consumed and when test occurred. Based on this type expert testimony, you can be convicted of a DUI even if your BAC was below the legal limit at the time the test was given.

You are not required to consent to a breathalyzer test on the road, but once an arrest has been made, you are required to a breathalyzer test or risk additional criminal penalties, including fines, license suspension, impounding your vehicle or installing an interlock device on it, or even jail time. Sometimes these penalties are worse than the penalty for driving under the influence.
By contrast, if you refuse a blood test, a warrant is required for a blood sample to be taken. In 2016, the Supreme Court ruled that it is unconstitutional to make it a crime to refuse a blood test, but additional administrative restrictions, such as automatic license suspension, can still be imposed if you refuse to submit to a blood test.

Additionally, if your BAC is found to be below .08% or your BAC is not obtained, you may still be convicted of DUI or impairment based on other, more subjective factors, usually determined by the officer’s observation of your behavior and your driving. These factors can include driving erratically, not pulling over in a safe location, inability to complete all or portions of a field sobriety test to the officer’s satisfaction, slurring your words, the smell of alcohol on your breath, bloodshot or glassy eyes, or strange or erratic behavior. These factors depend in large part upon the police officer’s observation and judgment, which can make a charge more difficult to prove in court, especially if the officer has not documented his or her observations well.
If you have been arrested for driving under the influence of alcohol or drugs, use our site to quickly and easily find a qualified criminal lawyer in your state who can help defend you against the charges.
Related: Driving Under the Influence (DUI): Managing Punishment & Penalties