Elements of a Negligence Case 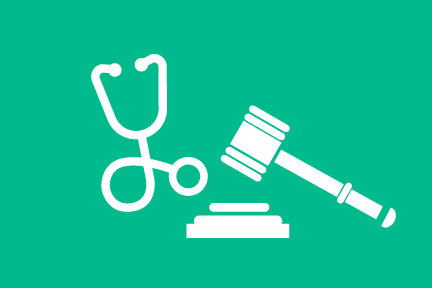 Many cases involving injuries are premised on a negligence theory, where the basis for holding another party responsible for an injury is that the party acted carelessly, resulting in the injury. In that regard, negligence is often defined as a failure to act with reasonable care under the circumstances.
A person who is injured because of the negligence of another party may be able to sue for damages to compensate him or her for the injury. In such cases, the injured party filing suit is known as the plaintiff, and the party that suit is filed against is known as the defendant.
The plaintiff has the burden of proof in a negligence case, meaning that to collect damages, the plaintiff must prove the four elements of negligence: duty, breach, causation and damages. Below is a discussion of each of these elements.

Once a duty has been established, the plaintiff must establish that the defendant breached his or her duty by doing something he or she shouldn't have done or failing to do something he or she should have done. The standard which is usually applied is that of a "reasonably prudent person." In other words, to show that the defendant breached a duty to the plaintiff, the plaintiff must show that a reasonably prudent person in the same circumstances would have acted differently.

For example, if a store owner knew that the shelves in the store were overloaded and were likely break and cause injury to a store patron, the store owner would be found to have breached his or her duty of care to the store's patron who is injured as a result.

For example, it would be foreseeable that a store patron could slip and fall in a puddle on the floor in the supermarket and get injured, but it might not be foreseeable that a shopper would see the puddle, turn his or her shopping cart around quickly to avoid it, and in doing so, strike and injure another store patron. In that case, the puddle might be a "but for" cause (but for the puddle, the shopper would not have turned quickly, hitting the other patron), but it is not the actual or "proximate" cause of the occurrence-which is the shopper quickly turning his or her cart. Negligence requires a finding of actual or proximate cause.

Finally, the plaintiff in a negligence case must prove that the occurrence caused some injury, either a physical injury or damage to property (if, for example, a store patron damages a car in the parking lot with their shopping cart). The fact that the defendant acted negligently toward someone to whom they owed a duty, and their negligence was the proximate cause of an accident is not enough - the accident must also have caused some actual damage.
If you believe you have suffered an injury or other damages because of someone else's negligence, let the perfect personal injury lawyer come to you by posting a short summary of your situation on our site.