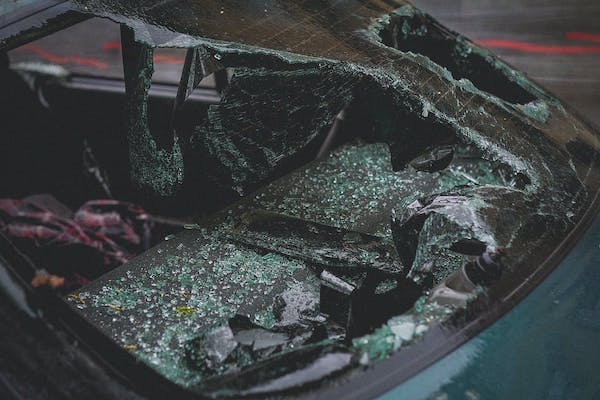 Road accidents are never easy to deal with. They can cause serious injuries and even death, leading to emotional and financial stress for the victims.
In 2020, a total of 38,824 people died in auto accidents. Fast forward to 2021, that number reached 42,915. That’s a 10.5% increase in just one year.
What’s more astonishing is that the total number of fatalities has been the highest since 2005. This 16-year high death toll speaks a lot about the situation of auto accidents in the United States. These days, it's common for people to use apps like Google Maps to navigate their way through heavy traffic. However, even these technologies aren't infallible.
If you've been involved in a road accident that wasn't your fault, don't hesitate to contact a lawyer right away. During such hearings, the judge will want to know who is at fault in the car accident. It will be up to your lawyer to present the case with the necessary facts and witnesses. They will help you put together an effective claim as quickly as possible so that you can start receiving compensation as soon as possible.

Here’s how a lawyer can help you win a road accident case when you’re the victim.

Talk to the Victim

The first thing a lawyer will do is sit down with you, the victim, to hear your side of the story. They want to know what happened and how it affected you. This might seem like an obvious step, but it’s a crucial one that many people don’t take seriously until they've been seriously injured in a car accident. The lawyer needs to know the following things:
- What were your injuries? How did they happen?
- Who were your witnesses? Do they support your account of events?
- Do you have any photos or other evidence that supports or refutes your account of events (e.g., photos showing skid marks)?

Talk to the Defendant

For starters, it is important to understand that you should not assume that the person who hit you has no insurance. In most cases, this will not be true because most people in the United States carry some form of auto insurance.
If you are fortunate enough to find out that your hit-and-run driver does have insurance coverage on their vehicle and/or their home address, it is worth talking with them directly about your case.
Your lawyer can work out a settlement agreement where they agree to pay for damages stemming from the crash (medical bills, lost wages from missing work) in exchange for you promising not to file criminal charges against them.

It's important to collect evidence as soon as possible. Your lawyer will want to see it and use it, so you should be prepared to share.
The most useful types of evidence are photos of the scene, including any damage sustained by your vehicle and other vehicles involved in the accident. Also include images of skid marks, if there were any (especially if they show that another driver crossed into your lane).
You should also take photos or video footage of any injuries sustained during the collision so that you can show them to your lawyer later on in case he or she needs them for court proceedings.

Talk to the Police

The police report is an important part of any road accident case. The police officer who investigated the crash will write it, and it's written from their perspective. This can be helpful to your lawyer if they are biased towards one side or another, but it can also hurt your case if they're not familiar with all of the details surrounding what happened.
The information in a police report is almost always more detailed than what witnesses remember after an accident. For example, if a person drives into your lane and causes you to hit them head-on because they didn't check their mirrors before turning right, that driver was clearly at fault. If this is true, there should be no question about who was at fault in the first place. Thus, your lawyer must communicate with the police regarding these matters thoroughly.

Once you've identified your witnesses, it's important to contact them and find out what they saw and heard. Witnesses may be able to help determine whether your accident was caused by another driver's negligence. Here are a few tips when talking to witnesses in the presence of your lawyer.
- Assemble a list of all the people who witnessed the accident. Try to get their names and contact information so that you can reach them later if needed.
- Ask each witness what they saw and heard before, during, and after the accident occurred. This will give you more information about what happened to help prove who was at fault for causing your injuries in court.
- Take notes during each interview with a witness. Keep track of their statements and make sure these are clear in any formal reports made later on down the road. Your lawyer will ideally be the one who takes these notes to help your case. However, you, too, should take notes from your end. This might help you recall any events before or after the accident that can further help your case.

Lawyers are trained to present their cases in a way that will be convincing. They have been taught how to make persuasive arguments, give speeches, and talk about evidence.
If you have been injured in an accident, your lawyer will go over the facts of the accident with you. They will explain what happened during and after the accident, discuss who was at fault for causing the crash, and show how this caused injuries or property damage.
Around 1.3 million deaths result directly from road accidents every year globally. While most of these accidents take place in lower and middle-income countries, developed countries like the U.S. are not immune to such accidents and deaths. If you have been in a road accident that wasn't your fault, a lawyer can help you claim compensation. Thus, don’t hesitate to get in touch with your lawyer. The sooner you do so, the more chances you have of winning the case.