Obtaining Refugee or Asylum Status in the United States 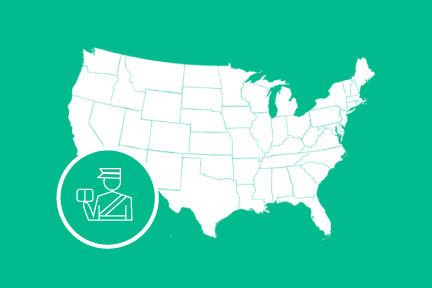 To apply for refugee status, an applicant must receive a referral to the U.S. Refugee Admissions Program (USRAP). Highest priority is given to people who are identified and referred to the Program by certain governmental organizations or a designated nongovernmental organization. Second priority is given to groups of special humanitarian concern identified by the Program. The third priority (“family reunification”) is given to family member of refugees who are already lawfully in the United States.

Once selected by USRAP, applicants must provide proof of persecution and a detailed affidavit explaining why they are afraid to return to their home country. Applicants must also undergo a medical examination and security investigations to determine whether they are a threat to the security of the U.S. After submitting an application, applicants meet with an overseas asylum officer who determines whether the applicant is eligible for refugee resettlement. If approved, the applicant is given a visa that can be used to enter the U.S. If an application is denied, that is essentially the end of the process, since there is no opportunity for appeal.

At Border or Entry Point
People can apply for asylum status if they are at a U.S. border or entry point (such as an airport). In such cases, applicants typically do not have the documentation needed to get into the U.S., and request asylum for fear of returning to their country of origin. From there, applicants are typically put into a detention facility while they wait to go through a “credible fear” hearing with an asylum officer, which usually happens within a day or two. The officer only decides whether an applicant has a well-founded fear of persecution or harm and deserves a hearing before an immigration court. If an applicant passes that hurdle, he or she then goes before an immigration judge who determines whether the applicant qualifies for asylum. If the asylum officer or judge does not believe that the applicant has established a credible fear of persecution and rejects the applicant asylum, the applicant has a right to appeal. If asylum is ultimately denied, the applicant is deported.

Once in the U.S.
If an applicant is already in the U.S., it can take up to a year to start the asylum process. The first step is to complete U. S. Citizenship and Immigration Services (USCIS) Form I-589 and submit supporting documentation, including a detailed affidavit. Supporting documentation should evidence claims of persecution and can include documentation like medical records showing injuries suffered from being beaten, tortured, etc. The next step is attending an interview at a USCIS asylum office. Currently, the wait for an asylum interview exceeds two years. If the asylum office denies the asylum request, an applicant is referred to an immigration court. If the court also denies the claim for asylum, an applicant can appeal—first to the Board of Immigration Appeals, then to a federal appeals court, and then to the U.S. Supreme Court. If asylum is ultimately denied, the applicant can be deported.

If you or someone you know is seeking refugee or asylum status, it is important that you have an experienced immigration lawyer to represent your interests. Your attorney can help you fill out documents and paperwork, prepare you for your interviews, and represent you in immigration court.

Grounds for Deportation: How Does a Criminal Record Affect Immigration Status?