Protecting Against a Will Contest 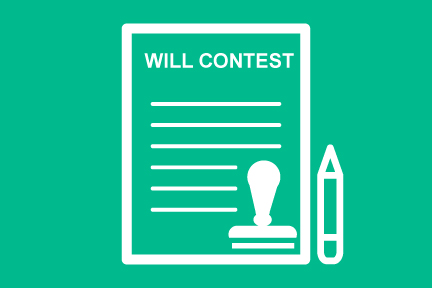 You create a will because you want to have control over what happens to your property and other assets after you die, and to provide for your spouse, children, and other heirs. But executing a will doesn’t necessarily prevent your heirs – or others who have been excluded from your will – from contesting the will in court.
Will contests can arise when an heir believes they have not received their rightful share, where you have decided to disinherit someone who was an heir under a previous will or who might otherwise normally be considered an heir, or if you provide conditions or restrictions on how and when your heirs can receive their inheritance, among other reasons.
The courts allow a will contest only under limited circumstances, and they are not easy to win. But even if the will challenger loses in court, the will contest can significantly reduce the amount of assets available to distribute if the estate is forced to pay legal expenses for a lengthy court battle and delay distribution of the remaining assets.
There are several main reasons why your will would be contested in court. Either the challenger believes that:
1. The will was not properly executed
2. You did not have the capacity to make a will at the time it was made
3. You were improperly influenced by someone or were a victim of fraud, which led you to write the will in a way that you would not otherwise have written it or
4. The will (or portions of it) is ambiguous or unclear
Although there is no 100% foolproof way to prevent someone from contesting your will in court, there are several steps you can take to make it much less likely.

The first way to protect against a will contest is to make sure that your will is properly executed. An experienced estate planning attorney will know the rules and procedures of your state that govern execution of wills, and can take steps to ensure that these rules and procedures are properly followed, such as ensuring the correct number of disinterested witnesses are present at the will signing.

Competency challenges occur most often when a will is executed close to the time of death, or when the testator was ill, in the hospital, or had mental health issues prior to their death. If your will is challenged on competency grounds, the challenger is claiming that you were not competent at the time the will was executed or lacked mental capacity to understand what you were signing.
You can take steps to prove your competency by, for example, having the attorney executing the will test you for competency by asking you a series of questions and documenting the questions or answers, or by having a doctor examine you on or close to the date of execution and reporting their findings of competency.
You can also request that the will execution and/or competency testing be recorded on video to provide further proof of competency in the event of a potential will contest.

Claims of fraud or undue influence often arise where one heir is the main caregiver, spent significantly more time with or had more access to the testator prior to their death, and/or is a relative newcomer in the testator’s life prior to death.
While the person challenging the will has the burden of proving that fraud or undue influence occurred, you can limit the potential for these claims by taking steps to ensure that anyone inheriting under your will is not involved in the will drafting process, and is not present during any discussions about the will with your attorney.

A will can also be contested on the grounds that its meaning is unclear, often due to poor will draftsmanship. A good estate planning lawyer can limit the chances of a will contest and improve the way a will is written.

Another way to prevent a will contest, particularly if your will contains provisions that may be seen as controversial or unfair by family members and other heirs, is to write a letter to accompany your will which explains your thought process and perceived inequities in distribution of your estate’s assets. For example, if you are leaving one child a larger share of your estate than the others due to a disability or other disparity in circumstances, explaining your reasons for providing that child with more support through your estate may be enough to prevent a will contest.
As a final precaution, your attorney can include special clauses, such as mediation or no-contest clauses in your will that might help reduce the chances that your heirs will contest your will in court.
The first step to reducing the chances of a will contest is always to have your will drafted by an experienced estate planning attorney who is familiar with your state’s laws and statutory requirements. If you need help finding a qualified estate planning lawyer in your area, use our site to quickly and easily connect with one who can help.