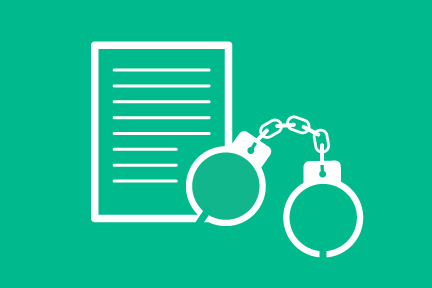 Many states distinguish between crimes and offenses committed by adults and those committed by minors. Crimes and offenses committed by juveniles are often prosecuted in separate, juvenile courts, or in family court, rather than in criminal court. Some rules that apply to juvenile crimes, and the records associated with them, are different than those that apply when an adult is accused of a crime.
Criminal records, including arrest and conviction information can prevent a juvenile offender from being able to rent an apartment, obtain a job, gain admission to college, or obtain certain professional licenses. And a juvenile who is arrested for a crime, but is never convicted, may still have a criminal record, even if the charges were dropped and the juvenile never had to appear in court.
One of the rules that is different for juveniles than adults is that in many states, a juvenile can often get their records sealed or expunged.
The policy of sealing or expunging the criminal records of juvenile offenders is based upon the notion that a young offender who makes one mistake should be entitled to a second chance with a clean slate. But contrary to popular belief, in most states, all juvenile criminal records do not automatically disappear when the offender reaches age 18. In some states, specific juvenile offenses are automatically sealed, while others are not. In other states, nothing is automatically sealed, and the offender must make an application to the court to seal or expunge their records.

What does it mean to have a juvenile’s criminal record sealed or expunged?

Sealing records usually means that they still exist, but access to the records is very limited. In states where complete expungement is available, the record is destroyed, and it is as if the arrest or conviction never occurred.
When a criminal record is sealed, the individual can legally advise employers, landlords, licensing agencies and others that they were never convicted of a crime. But the record may not be entirely wiped out. Often, this information will still be available to the police and to prosecutors. As a result, if the individual commits another crime, the first conviction, even if it has been expunged, may still be considered when determining the charge and penalties to be imposed for the second crime.
Sealed criminal records may also be visible when a background check is performed on the juvenile offender when applying for certain jobs, particularly those in law enforcement, the military, or other highly sensitive positions, such as jobs working with children or where the job requires carrying a gun. If the juvenile offense involved a vehicle, it is possible that the record could be accessed by an insurance company when the juvenile applies for car insurance.
In today’s online world, juvenile offenders should also be aware that despite the sealing or even expungement of these records, if someone captured these records while they were stored online, they might still be accessible. And if the crime or offense was reported in the news or discussed on social media, those stories will likely be available to anyone searching the internet.

How does the court determine eligibility for sealing or expunging records?

Each state has its own rules that determine whether a juvenile’s criminal record can be sealed or expunged, however, the factors taken into consideration to make the decision usually include:
The age of the individual who has committed the crime and is requesting sealing or expungement of their records. In many states, you must be 18 or older to request that your records be sealed or expunged.
When the crime or offense was committed. Many states impose a waiting period before a record can be sealed or expunged which may delay sealing. For example, if a crime was committed by a 17-year-old juvenile in a state which requires that the individual be 18 years of age or older to request that their records be sealed, but also imposes a three-year waiting period before records can be sealed, the records cannot be sealed until the offender was at least 20 years old.
The seriousness of the crime or offense committed. Not all crimes or offenses are eligible to be sealed or expunged. If the crime is a serious one, such as a crime that would be considered a felony if it were committed by an adult, most states will not allow the record to be sealed.
Whether the individual has committed another crime or offense. If the juvenile was convicted of a crime or offense since the time of the original conviction, or if a criminal matter is pending at the time the request to seal the records is made, most states will deny the request.

How to get juvenile criminal records sealed or expunged