Should Your Will Include a No-Contest or Mediation Clause? 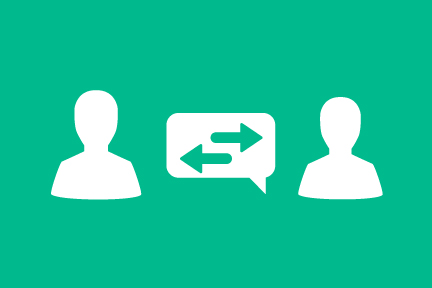 There are several steps you can take to protect your will from being contested in court after your death, potentially unraveling your carefully crafted estate plan. Some of these were discussed generally in our previous post on preventing a will contest, but in this post, we will discuss two specific clauses that you can include in your will that may help to prevent lengthy and costly estate litigation.

One way to limit the chances that a will contest will be brought is to include a no contest, or “in terrorem” clause in your will. An in terrorem clause states that if someone contests your will, that person will be prevented from receiving any proceeds from the estate if they lose the lawsuit. This can be an effective deterrent for someone who has been left some part of the estate, but not as much as they believe they were entitled to receive. By bringing a lawsuit challenging the will, that person risks losing even what was left to him or her under the will.
But a no contest clause will not be a deterrent for someone who was left nothing under the will – in that case, the challenger has nothing to lose by challenging the will (other than the costs associated with bringing the lawsuit). In addition, some states do not recognize no contest clauses, or provide exceptions rendering the no contest clause ineffective. Some states will enforce these clauses only in limited circumstances, such as where the litigant has no legitimate reason to sue. Some estate planning lawyers may also be reluctant to include a no contest clause that prevents the heirs from suing based on will construction or ambiguous language in the will, as opposed to issues that might be more clear-cut, such as disinheriting a child.
No contest clauses are best used if you want to enforce specific, rigid outcomes, such as protecting inheritance from specific individuals, or preventing a child from squandering money.

Even if an in terrorem clause is not permitted in your state, you may be able to keep your heirs from having to go through a long and expensive will contest by including a mediation clause in your will. A mediation clause provides that any will contest must be solved through mediation instead of litigation. Mediation is typically shorter and less expensive than litigation.
Mediation is used to foster understanding of each party’s position and generate agreement, in contrast to litigation, which places them in an adversarial position, pitting them against one another. As a result, avoiding litigation through mediation may help to preserve family harmony. Mediation is also more private than litigation, since lawsuits are a matter of public record.
When the issue to be resolved is an issue of construction (understanding what was meant by language used in a will), a mediation clause in the will can be a good way to resolve the issue. But you may not want to include a mediation clause in your will if you believe one beneficiary might unduly influence or bully another beneficiary into agreeing to an unfair split of assets, or if you want to ensure that the provisions of your estate plan are carried out to the letter, with no deviation.
Where the will contest challenges the validity of the will itself, such as where the claim is one of undue influence or lack of mental capacity to understand and execute the will, the person challenging the will is likely to argue that the mediation clause is as invalid as the rest of the will, effectively cancelling the mediation clause.
Some states will not force parties into mediation, preferring that mediation be voluntary. If you are in one of those states, you may still be able to push any potential will contest toward mediation by, for example, placing your assets into a trust, and requiring the trust beneficiaries to sign a document agreeing to mediate any future disputes in order to obtain any benefits under the trust.
No contest and mediation clauses can also be used within the same will where permitted by the state to provide increased protection. For example, your will could permit parties to request mediation without triggering the no contest clause, but allow the no contest clause to stand for parties who seek to enforce their rights through litigation.

Not quite sure whether to include a mediation or no-contest clause in your will? Post your estate planning issue on our site to find an experienced estate planning lawyer in your area.