Slip and Fall Accidents: Who is Responsible? 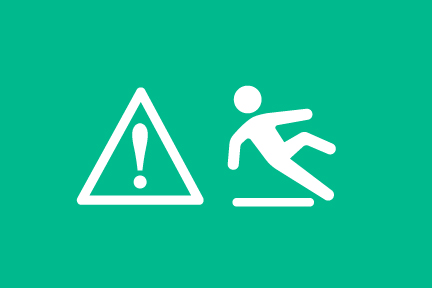 Was the property owner negligent?

Usually, slip and fall cases are determined based on a theory of negligence. Negligence is a legal theory which, broadly speaking, says that people are required to act with care. People who act carelessly may be found negligent, and if that negligence causes an injury to another person, the careless individual may be held legally responsible for the injured person's damages that result from the negligence.
A property owner is required to maintain their property, and has a duty to people entering the property to make the property reasonably safe. In a slip and fall case, negligence will usually be based on whether the property owner caused the condition that resulted in the fall, or whether the property owner knew or should have known of the condition and failed to remedy it or warn people of it.

Was the injured person negligent?

The injured person's level of care is also taken into consideration in a negligence case. The injured person in a slip and fall case is required to act carefully and to see and act as an ordinary person would in the same circumstances. For example, a property owner who has allowed a pothole to form in its parking lot may be considered negligent. However, if most people would have seen and then avoided the pothole, a person who trips in the pothole and gets injured may also be found to be negligent for failing to see the pothole and avoid it. This is called "contributory negligence" on the part of the injured person.

Did the parties act reasonably?

In deciding negligence cases, the court will focus on whether the actions of the parties were "reasonable" under the circumstances. For example, if it was dark at the time the accident happened, it might not have been reasonable to expect someone to see a defective condition, such as a pothole, that might be easily seen during the day. And if a supermarket patron slips on a wet floor immediately after another shopper spilled water, it would likely not be reasonable to hold the supermarket responsible if they did not have enough time to learn of the spill and clean it up or warn others about it.

If both parties are negligent, does the injured person still have a case?