The Medicaid Look-Back Period and Penalties 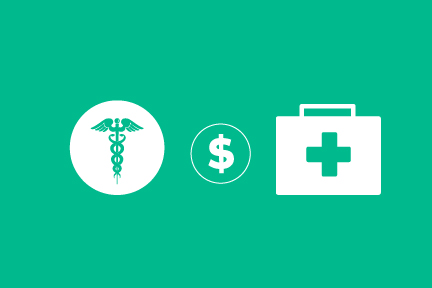 Medicaid is a joint federal and state government program that provides low cost or free nursing home care, assisted living, or in-home care to those with limited income. To be eligible to receive care through Medicaid, your assets must not exceed a specific limit. If your assets exceed that limit, the government will expect you to use or sell those assets to pay for long-term care before receiving benefits from Medicaid.
Many people try to transfer money or assets to relatives to qualify for Medicaid benefits, rather than depleting their assets paying healthcare costs. But before you do that, there are some very important things you need to know.

To prevent people from giving away assets to allow them to obtain Medicaid benefits, the government instituted a “look-back period” as part of the qualification for Medicaid benefits. The government reviews any transfer of assets within the look-back period prior to application for Medicaid benefits. As of 2018, most states have a 5-year look-back period in which the government will review the Medicaid applicant’s financial records to see if money or assets were given away or sold for less than fair market value.
If it is determined that money or other assets were transferred during the look-back period in violation of the rules, a penalty will be assessed. If the applicant is married, the combined assets of both spouses will be used to determine Medicaid eligibility. As a result, (with limited exceptions) penalties can also be assessed if the applicant’s spouse was the one who transferred the assets, since it is assumed that the transferred assets could have been used to cover the applicant’s medical care.
The penalty is a period of time when the applicant will not be eligible to receive Medicaid benefits. The length of the penalty is determined by the value of the money or assets that were transferred, divided by the average cost of private nursing home in the patient’s state. Some states use a daily cost, while others use a monthly cost to calculate the penalty. The penalty begins to run at the time of the application for Medicaid, not at the time of the transfer.
Let’s take an example: a woman transferred $25,000 to her son in January 2016, and in January 2019 she needs to move to a nursing home. She applies for Medicaid benefits. Since the transfer was made within the look-back period (January 2014-January 2019, when the application was made), a penalty will be assessed. If the cost of private nursing home care in her state is $5,000/month and the state calculates the cost monthly, the woman would be ineligible for Medicaid benefits for 5 months ($25,000 divided by $5,000/month = 5 months) – or until June of 2019.

Not all assets are included in the determination of eligibility for Medicaid, but the rules for what is and is not included can be very complicated. Generally, any assets that are not considered in determining initial eligibility for Medicaid benefits are also exempt from penalty if they are transferred within the look-back period. Debt payments (such as mortgage payments) are one example, meaning that a patient can pay off existing debt without having that count toward Medicaid eligibility, and therefore those payments will not result in a penalty if made during the look-back period. Some personal and household goods, and one automobile may also be exempt.

What Is Not Exempt

One reason Medicaid exemption rules can be confusing is that they are different from the tax-exempt rules on gifts. Even though an individual would be permitted to gift money up to $15,000 (in 2018) without paying tax on it, that same gift could trigger a penalty and a delay in Medicaid eligibility if it is made within the look-back period. These rules also differ by state, making the situation even more complicated.
It is important to consult a qualified elder law or estate planning attorney with experience with Medicaid applications and eligibility before making any transfer of assets that might qualify for a penalty under the Medicaid look-back rules. To find the perfect elder law or estate planning lawyer near you, post a short summary of your legal needs on our sites and let attorneys come to you!