What Happens at an Arraignment? 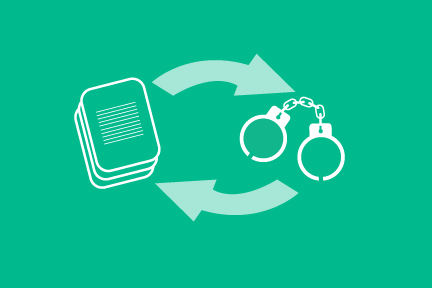 What is an Arraignment?

The arraignment is the first court hearing that occurs after an arrest, when the defendant is advised of the charges against him or her and enters his or her initial plea.
Arraignments may be conducted differently depending upon the state where the arrest is made. For example, in some states, an arraignment hearing can be held for any charge that could carry jail or prison time, while in other states, an arraignment is only held if the defendant is being charged with a felony.

Timing of the Arraignment

Once the charge has been formally presented to the defendant, the defendant must enter a plea. The plea can be guilty, not guilty, or, in some cases, no contest.
Most defendants plead not guilty at the time of the arraignment, but this does not prevent the defendant from changing to a plea of guilty at a later time and accepting a plea agreement from the prosecutor. A plea of not guilty requires the prosecutor to conduct an investigation, collect evidence against the defendant, share that evidence with the defense team, and prepare a case. A not guilty plea also provides the defendant and his or her legal team the opportunity to gather their own evidence, conduct investigations, and interview witnesses in order to prove the defendant is not guilty or to establish extenuating circumstances that might lead to a lesser charge or plea bargain with the prosecution.
Occasionally – usually with lesser charges and misdemeanors – a defendant might plead guilty at the time of the arraignment. If a plea of guilty is entered at the arraignment, a sentence might be negotiated immediately, or the judge might set a date for a separate sentencing hearing.
Finally, a defendant can plead “no contest” at the arraignment. A plea of no contest is different from a plea of guilty, because it does not include an admission of guilt. A no-contest plea also results in an investigation and exchange of evidence. In some states, a no-contest plea means the defendant is willing to be sentenced as he or she would be if found guilty, but that the prosecutor must prove the case first.

After the plea is entered, the court will determine whether the defendant should be released or remanded into custody, and whether bail will be set. If the defendant is released, the court might set conditions for the release that the defendant must comply with or risk being returned to jail until the time of the trial.
If you have questions about the arraignment process, or if a loved one has been arrested, use our site to find a local criminal defense lawyer who can help.