What Is Considered Personal Use of Drugs? 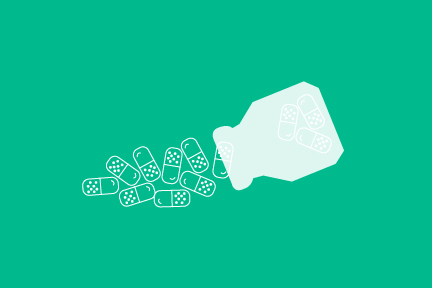 Federal and state laws prohibit the possession and sale of illegal controlled substances such as cocaine, “club” drugs, heroin, LSD, marijuana, and methamphetamine. You can also be charged if you are in possession of accessories used for making or consuming drugs, such as pipes or rolling papers.

Signed in 1970 by President Richard Nixon, this federal statute regulates the manufacturing and distribution of controlled substances such as narcotics, depressants, hallucinogens and stimulants. It classified all drugs based on the likelihood of a person developing a chemical dependency on them.
- Schedule 1: These are drugs that are considered to have no accepted medicinal use but a high potential for abuse. Among these are heroin and ecstasy. LSD is still considered a Schedule 1 drug, as testing has not led to its removal. Marijuana, likewise, is still considered a Schedule 1 drug even though studied have found that it has medicinal uses.

- Schedule 2: These include narcotics. Methamphetamines as well as cocaine are considered Schedule 2 drugs along with morphine, opium, codeine and oxycodone.

- Schedule 3: These drugs have less potential for abuse and include products that contain less than 90 milligrams of codeine per dosage unit. Anabolic steroids, ketamine and testosterone are all also Schedule 3 drugs.

- Schedule 4: These drugs have a lower risk of abuse and include well-known medications such as Xanas, Valium, Ambien and Tramadol.

- Schedule 5: These drugs have a lower liklihood of leading to dependence, and include common cough suppresants, antidiarrheal and analgesic medications. Lyrica

The prosecution will have to prove “beyond a reasonable doubt” that you committed a crime. This means that you satisfy both the following criteria:
- You knew that the drug was a controlled substance
- You knowingly had it in your possession or control

You can be charged with “constructive possession” which is when you don’t have the drugs in your immediate possession, but you do have access to them. An example would be having a set of keys to the warehouse where drugs or precursor chemicals are stored.

You can also be arrested for possessing “precursor chemicals” that are used in the making of illicit drugs. Two famous examples that many people know from popular television shows are ephedrine and pseudoephedrine, which are common sinus decongestants found in Sudafed that are used for cooking meth. Ethylamine, piperidine, ergocristine and many others that are used in the creation of methamphetamine, PCP (“angel dust”) and heroin are all considered precursor chemicals.

Personal Use Of Drugs

If you have been arrested and the amount of drugs found on you are low enough to be considered for personal use, and not intended for sale, then you can face lesser charges. Legislators have pushed for victims of drug dealers to get help, and to focus on cracking down on the actual sale of the drugs. To that end, laws were designed to reduce the sentence for those who have a personal amount of drugs on them. However, it is still considered a felony in many states, and even small amounts of serious drugs can have many harsh consequences. In California it is considered a misdemeanor. This is why it is vital that you hire a drug crime attorney right away if you have been arrested for personal use of drugs.