What is Parental Alienation and What Can You Do About It? 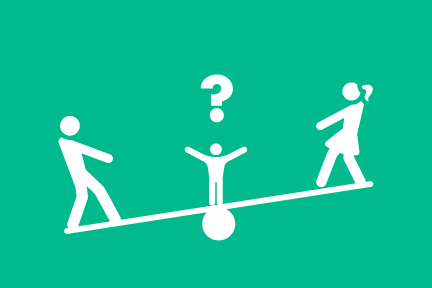 What should you do if you experience alienating behavior?

Despite being on the receiving end of alienating behavior, you should always remain reasonable and continue to facilitate a relationship between your child and the other parent. But document each instance of the behavior to create a record to show to the court. For example, when your child’s other parent consistently refuses to comply with custody orders or interferes with the child’s time with you, a written record of the dates, times, and circumstances will go a long way toward showing the court a pattern of behavior.
You should also put requests to see the child in writing, such as email and text messages, and to retain all such communications and any responses that were received from both the child and the other parent. Any communication that takes place verbally, either in person or by telephone should be recorded in a journal, and, when possible, followed up with a written acknowledgment of what occurred. In some cases, it is advisable to obtain copies of telephone records to back up claims that calls were made.
Documenting your efforts to communicate with both the other parent and your child shows that you have a genuine interest in a relationship with your child, and may reveal unreasonable responses by the other parent that back up your claims.

What legal help is available?

Parental alienation may be difficult to prove in court in part because so many children who are victims of alienating behaviors are unwilling to take sides or to blame the alienating parent. But there are some objective means by which the court can determine that alienating behaviors exist. This is why documentation is so important.
If your child’s other parent is exhibiting alienating behavior and you cannot come to a resolution of the issue on your own, you may need to seek help from the court. There are several things the court can do to rectify the situation if you can show that alienation is occurring. For example, the court might impose fines on the other parent, order supervised visitation with the other parent, or modify the custody order.
You can request that the court appoint a guardian ad litem to represent your child’s interests during this process. The court might also order what is known as “reunification” counseling to help repair the parent-child relationship, or order psychological evaluation of your child and both parents, which may include interviews and psychological testing.
The guardian ad litem, reunification counselors and psychologists can also be called to testify about the parent-child relationship and provide testimony in court about whether they believe that alienation is occurring and can make recommendations to the court about what next steps should be.
To find an attorney in your area who can help you to resolve parental alienation or other custody-related issues, visit our site, quickly post a summary of your legal needs, and let attorneys come to you.