When Is a Car Accident a Crime? 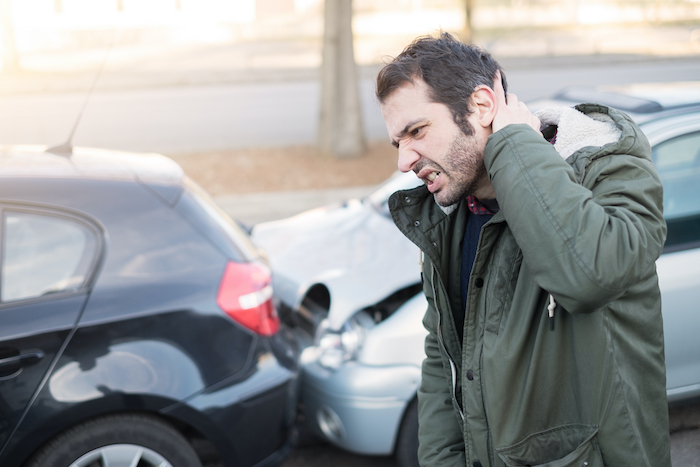 When you’re in a car accident, typically, it’s a civil situation. If you for example hit someone, you have to stay at the scene and follow a particular protocol. The protocol following an accident includes exchanging contact and insurance information. Then, much of what happens after that is handled through insurance companies.
Even if you’re at fault in an accident, your insurance should cover the other driver’s damages.
Determining who’s atfault in an accident is vital because of insurance issues, and it’s something that the police, insurance adjusters and lawyers will work to figure out.
If you’re in an accident with a commercial truck, the situation might be more serious or complex. For example, if you’re in an accident with a commercial truck driver, they owe a different duty of care.
Even still, in most cases, a car accident isn’t a crime.
So when is it a crime? When does an accident become something that you can be arrested and face criminal charges for?

The following are situations when a car accident can become a crime.

Driving Under the Influence

If you’re driving under the influence of drugs or alcohol and you get into an accident, you may be charged with a crime.
Driving under the influence of drugs or alcohol is illegal in every state. While it’s logistically possible that if you’re under the influence and you’re in an accident, it’s not your fault, this isn’t likely at least not legally.
If you are going to be found liable for property damage or injuries from the accident, the other driver still has to show that you were atfault.
When you’re on the roadway, you have a duty of care, meaning you’re required to operate your vehicle with reasonable care. Breaching that duty of care would suggest that you either did something or didn’t do something that could be seen as unreasonable or careless.
Some states have what is called negligence per se laws. In states with negligence per se laws, the duty of care and breach can be established automatically by proving you broke your state’s DUI laws.
In those cases, the party seeking damages as the result of an accident just has to show that you were driving under the influence.
In addition to dealing with the accident itself, DUI convictions almost always end up in fines. It’s also pretty likely you’re going to have your license suspended.
Alternative sentencing options may be available in some states, which could mean that you’re required to participate in a substance abuse program or community service. This could be instead of paying fines or jail time, or these could be combined with those other penalties.

If you’re driving recklessly, it could mean that you’re swerving into oncoming traffic, driving on sidewalks, tailgating, or doing unsafe passing. These are just a few examples. Speeding can also be considered reckless driving, but not always.
The laws as far as speeding and whether or not it’s reckless driving depends on the state. For example, driving 15 miles an hour or more over the speed limit is reckless driving in California.
If you’re charged with reckless driving, it can lead to fines, suspension of your license, arrest and jail time, and you’re likely going to get points on your driving record.
It doesn’t matter if you were driving recklessly, intentionally, or unintentionally as far as whether or not you can be charged.
If you were driving recklessly and caused an accident leading to injuries or property damage, you’re more likely to be charged with a crime.

A hit-and-run is a crime. The elements of a hit-and-run usually include not stopping at the site of a collision, not providing identification, or not helping any person who was injured because of the accident.
A hit-and-run accident can occur between two moving cars. You can also face criminal charges if you hit a pedestrian, cyclist, parked car or other property that’s stationary.
If you hit a parked car or property that’s not attended and you can’t find the owner, then most states require you to leave a note with your information and to contact your local law enforcement at the time.
There are some different elements of criminal hit-and-run charges. You have tobe aware of the collision typically, but you don’t have to be atfault. Drivers who aren’t atfault can still be charged with a hit-and-run.
In some circumstances, even your passenger could be charged and convicted of a hit-and-run.
A hit-and-run can be a misdemeanor or a felony. If you’re involved in one that involves serious injuries or death, it will almost always be a felony.