When is an Employer Liable for the Acts of an Employee? 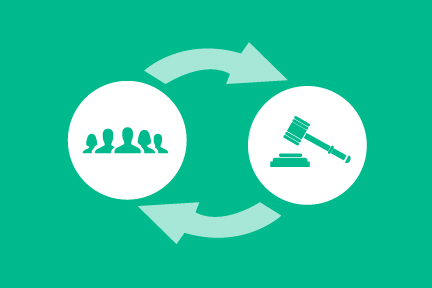 When an employee causes harm or damage to a third party, sometimes the employer can be held liable for that harm or damage, regardless of whether the employer intended to cause harm, was directly involved in the action of the employee, or even was aware of it.

Acts Done in the Scope or Course of Employment

Steps to Protect Employers from Liability

Employers can protect themselves from liability for the acts of their employees, or at least reduce the risk that they will be held responsible, by taking some simple steps. These include clearly articulating the employee’s responsibilities, working hours, and limitations, performing due diligence in the hiring process, and acting quickly upon any information that indicates that a current employee might pose a danger to others.
As part of its responsibilities, employers should verify information contained in resumes and employment applications, perform routine background checks (particularly when hiring employees for sensitive positions, with a lot of contact with the public, or for work with potentially vulnerable populations), and check driving records for employees whose responsibilities include operating a motor vehicle. These steps can help establish to the court that the employer took reasonable steps in the hiring process to reduce the risk of harm to others.
Employers should also remember that their responsibilities do not end once an employee is hired. Action should be taken if an employee’s driving record deteriorates, if the employee makes threats to others, of displays other questionable behavior.
A qualified employment lawyer can help you to develop effective hiring procedures, determine what action to take if an employee becomes a problem, and advise on liability issues. To connect with an employment attorney near you, use our site by posting your employment law issue.