Will I Be Released After My Arraignment? 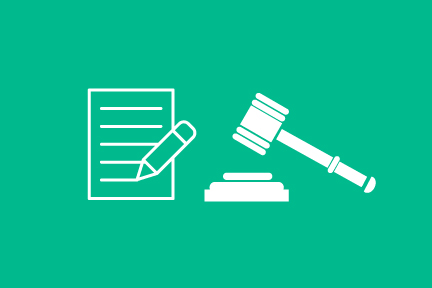 The arraignment is the first court hearing that occurs after an arrest, when the defendant is advised of the charges against him or her and enters his or her initial plea. (You can read more about what happens at an arraignment here).
If you have been arrested, after the plea is entered at your arraignment, the court must decide whether you will remain in custody or be released until the next scheduled court hearing, and if release is granted, whether there will be conditions placed on that release.

Release on Your Own Recognizance (ROR)

In some cases, you can be released without any conditions other than the requirement that you voluntarily return for future court dates, which is sometimes known as release “on your own recognizance (ROR).” If you have been charged with a misdemeanor and have no prior record of arrests, you have a better chance of being released without bail or ROR.

Alternatively, you may be released on a bond which requires you to submit an amount of money, called a bond or bail, to the court, to ensure that you will return for future court dates. Sometimes, the court will require you to post the entire amount with the court, while other times, you may submit a lesser percentage through a bail bondsman who agrees to pay the full amount if you do not appear for any scheduled court appearance.
The court must hold a hearing on the decision about whether to grant bail. The court will take facts into consideration that make it more or less likely that you might try to flee and not return for future court dates. These factors include the length of time you have lived in the area, whether you have family nearby, your prior criminal record, and whether you pose a potential danger to the community. In some states, a bail hearing is a separate hearing conducted the same day as the arraignment. If bail is set, you will be held in custody until the bail amount is submitted to the court.
If you are charged with a misdemeanor in some states and you cannot post bail, the court will limit the amount of time you can remain in jail unless the prosecutor provides the court with “information” - papers that support the misdemeanor complaint. If the prosecutor does not provide the information within that time frame, the court must release you on your own recognizance.

Other Conditions of Release

Depending on the charge, additional restrictions might be placed on your release in addition to bail. These might include limiting your ability to travel, requiring you to be supervised or to wear an electronic monitoring device, or banning contact with certain individuals who might be witnesses, co-defendants, or alleged associates. In some states if you have been charged with driving under the influence, your license may be suspended, or you may be restricted from driving anywhere other than to and from work until the case is resolved.

Requirement to Return to Court

Whether you are released with or without conditions, you are required to return to court for every future court date until the matter is resolved. If you fail to appear for a court date or violate any of the other conditions of release, the court can issue a warrant for your arrest, called a bench warrant, because the warrant is issued by the judge from the bench. The police will be notified of the bench warrant and arrest you, returning you to custody until the trial has been concluded or a plea agreement is reached. If bail has been posted, it may be forfeited.
A bench warrant becomes a part of your criminal record, regardless of whether you are found not guilty of the underlying charges. For the reasons above, it is important to speak to a lawyer before your arraignment or bail hearing. If you or a loved one has been arrested, you can find a local criminal defense lawyer who can help on our site.