What is the Legal Definition of Sexual Harassment in California?

What is the Legal Definition of Sexual Harassment in California?

Quid pro quo harassment occurs when sexual favors are requested or demanded by an employer for an employed-related incentive such as a raise or promotion.
Often, quid pro quo cases involve unwanted sexual advancements, inappropriate discussion of sexual acts in front of the employee, or comments on the employee's body and the sexual uses to which it can be to use. These comments don't always have to be expressed directly, as indirect comments can also constitute as quid pro quo harassment.
Quid pro quo sexual harassment is a serious offense and even one instance can be enough to bring forth a lawsuit as long as tangible employment actions resulted from denying the sexual request. 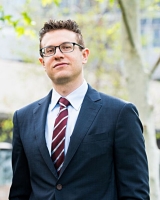