Proving Causation and Damages in a Medical Malpractice Case 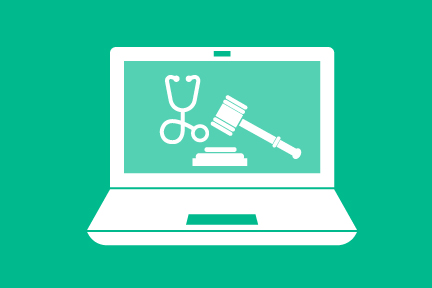 To prove a case of medical malpractice against a doctor or medical facility, first, you will have to prove that the medical provider was negligent (see our related post, Establishing Medical Malpractice). But you will also have to show that the malpractice caused your illness or injury and that you suffered harm (damages) as a result. This post explores these last two elements.

Just because a doctor or medical facility was negligent does not necessarily mean that you will win in a medical malpractice case against them. As the plaintiff in a medical malpractice case, you have the burden of proving that the doctor or facility’s malpractice caused your injuries. Standards of proof may vary slightly by state, but usually the plaintiff is required to prove that it was “more likely than not” that the doctor or medical facility’s malpractice caused the injury or illness. In most states, this requires the testimony of a medical expert or experts who can discuss the likelihood of the injury or illness occurring under the specific circumstances of the case.
The medical provider may try to defend the case by showing that your illness or injury would have occurred despite their negligence; in other words, the result would have been the same even if there had been no malpractice. Or the defense might attempt to show that the illness or injury existed before the malpractice took place, and was unchanged by the malpractice. Finally, they may try to prove that the injury or illness was the result of an entirely unrelated event.
If you are successful in proving that the illness or injury was caused by the negligence of the medical provider, you will next have to prove that you suffered damages as a result.

There are several different types of damages that you may be able to recover in a medical malpractice case. Some of these damages have an easily-established monetary value (the amount of your lost wages, for example), while others are more difficult to place a specific monetary value on.
Some of the kinds of damages you may be able to recover in a medical malpractice action include damages for pain and suffering from your injuries, loss of enjoyment of life, lost wages, reimbursement for medical bills and other expenses. These damages are usually separated into general or “non-economic” damages, including pain and suffering or loss of enjoyment of life, and special damages, which are quantifiable, such as medical bills and past lost earnings.
To prove damages, you will have to offer evidence of your injuries and the effect that those injuries have had on your life. For example, you may present evidence that the doctor’s malpractice required you to undergo additional or unnecessary surgery, therapy or time in the hospital. Or you may present evidence that you missed time from work, or that you were unable to care for your children for a period of time after the injury, leading to additional expenses for childcare. This evidence may be presented in the form of documentary evidence, such as medical and hospital records, bills and checks, and employment records, as well as testimony from you and others, including experts.

Medical expert testimony may be required to establish the usual consequences of this type of injury, and the length of time that you will be expected to be affected by the injury. Additional experts may need to be called to testify about your ability to work following the accident and in the future. If you are unable to return to your previous employment, experts may give evidence that you are unable to work in any capacity, or that you will require additional training to be able to work in a different job. The defense, in turn, may call its own experts to dispute these claims.

Your state may also permit you to collect punitive damages in a medical malpractice case, although these damages are rare and usually only awarded when it can be shown that the harm was caused intentionally by the doctor or medical provider.
If you are the plaintiff in a medical malpractice lawsuit on behalf of a loved one who died because of the malpractice, the damages you can recover will be slightly different. You can recover damages for pain and suffering caused to your loved one from the time of the malpractice until the time of their death, which will be paid to the deceased person’s estate, but there will be no future pain and suffering claims. The family of the deceased – usually spouse and children, if any – can also collect damages representing future monetary loss based on the deceased’s anticipated future earnings, taking into consideration their history of spending and saving, and their working habits.

The amount of damages that you can recover in a medical malpractice action will depend on many factors, including your age, health, and level of activity before the malpractice occurred, as well as your level of education, occupation, and earning capacity.

Some states have placed upper limits, or “caps,” on the amount of damages a plaintiff can recover in a medical malpractice case. The cap may be placed on general (non-economic) damages only or on the total amount of damages, including both general and special damages. Each state also has its own rules about whether the amount awarded to the plaintiff in a medical malpractice case will be reduced based on amounts previously paid by insurance, or other sources.